For Bentley, it’s a kick in the teeth after just returning from another ban with this his third suspension in just eight games since joining the West Yorkshire club from St Helens.

After being yellow carded in Leeds’ fixture against Wakefield Trinity, the second-rower told the club’s Youtube channel: “I’m a bit disappointed. Obviously I’m trying to get that out of my game but I didn’t think there was much in it to be honest but I’ll have to watch it back and see what it’s like and take it from there this week.” 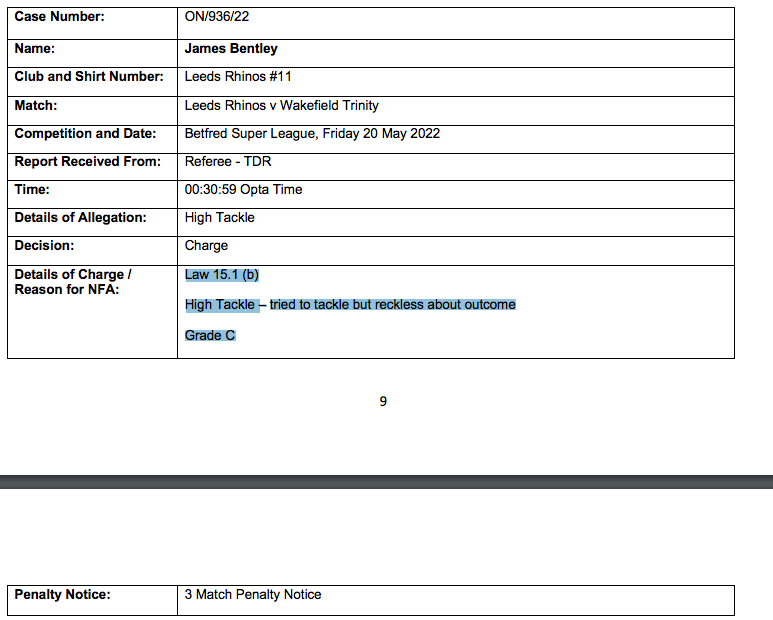