The latest Disciplinary Match Review Panel minutes have been revealed with two Warrington Wolves stars in the bad books.

Josh Charnley and Matt Davis will sit out Warrington’s fixture against St Helens on Friday night after being hit with a two-match and one-match ban respectively.

Winger Charnley received a Grade C Strikes citation whilst Davis was hit with a Grade B Dangerous Strike charge. 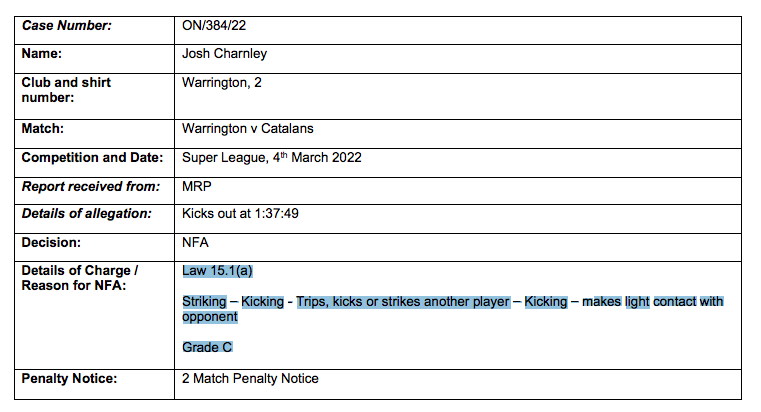