Gale has already been banned for five matches in 2022 so far and will now sit out another two and the Match Review Panel has revealed why, stating: “Law 15.1(a) Trips – Reactionary or reckless tripping 14 Grade B.” 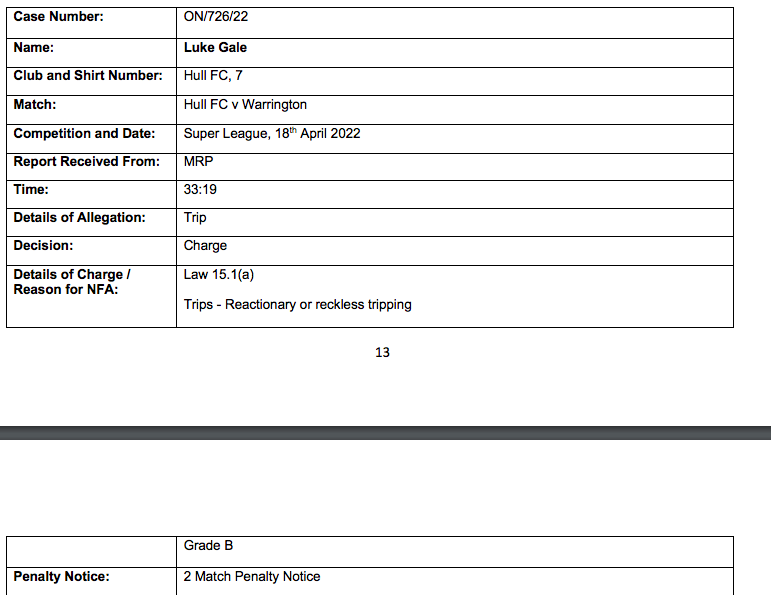 The ban means that Gale will sit out FCs fixtures against Catalans Dragons and Toulouse Olympique, though it is likely that Ben McNamara or Josh Reynolds will take his place.

Presumably, the MRP has also looked at the halfback’s previous form and gone on the proviso that Gale was handed that lengthy ban at the start of the season.