Hull were leading 12-6 at half-time, but Wigan quickly came back after the break to level 12-12 once more.

However, the Black and Whites extended their lead through Chris Satae, but that man Jai Field registered another superb effort to make it 18-18.

Then, it was left for Harry Smith to slot over the winning drop-goal with two minutes to go.

But, there was one moment in the first-half that raised a deal of controversy.

As Jake Connor went to take a towering Wigan bomb, he appeared to raise his foot in the direction of Oliver Partington who was an onrushing chaser.

This didn't look great from Connor.

Sky Sports pundits and commentators were split on what they believed had happened with Jon Wells stating it was a ‘natural position.’

However, it attracted the ire of Partington and a number of the Warriors players.

The Disciplinary Match Review Panel, however, cited and cautioned Connor, but Partington was only cited. 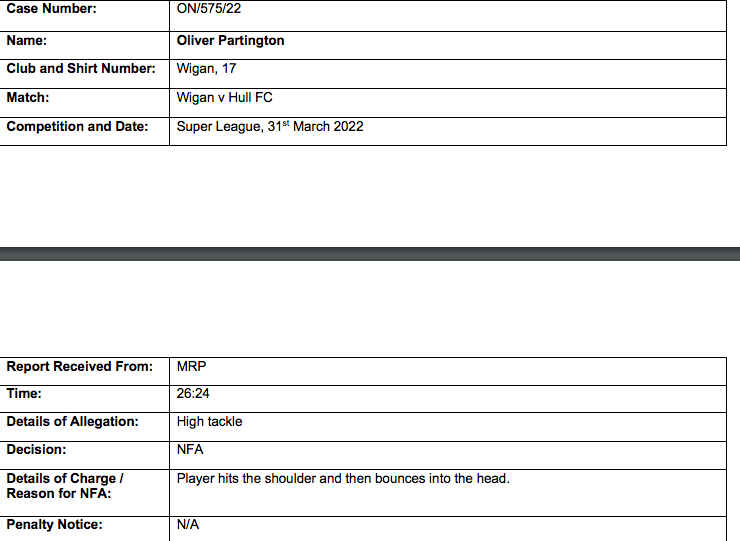 Meanwhile, Wigan and Hull are both in the hat for this weekend’s Challenge Cup Quarter-Finals with the Warriors travelling to Wakefield Trinity on Saturday and then Hull will take on Huddersfield Giants.

All ties will be broadcast on a live screen, either on Premier Sports or the BBC.