Castleford Tigers went down 32-12 to Wigan Warriors on Saturday afternoon live on Channel 4.

The West Yorkshire side did actually take the lead, with tries from Greg Eden and Kenny Edwards sending Castleford 12-0 up.

However, Mahe Fonua’s yellow card for a kick out at Wigan’s Liam Farrell halted all the home side’s momentum even though the Tigers still led 12-4 at half-time.

That being said, the Warriors came out to score 28 unanswered points in the second forty minutes and inflict a resounding defeat on Castleford who have been out of sorts since Lee Radford took the reins before the season began.

Yet despite Fonua being sinbinned by referee James Child, the Disciplinary Match Review Panel has decided to just hand the Tigers centre a caution instead, stating: “Law 15.1 (i) Other Contrary Behaviour – Lashing out with legs.” 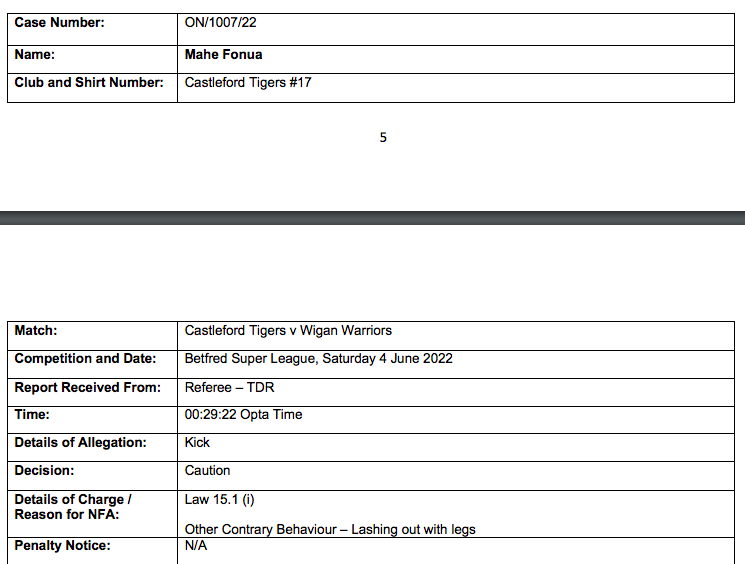 Following the latest round of Betfred Super League and Reserve fixtures, the Match Review Panel have issued the following sanctions: