It’s been a busy day for the Disciplinary Match Review Panel following the Super League fixtures at the weekend, with 11 players charged and one cautioned.

Meanwhile, Hadley adds to Hull KR’s woe with a one-match ban which sees him miss Rovers’ home clash with Wakefield Trinity on Sunday, with Trinity also being without Rob Butler.

Liam Watts, Matt Prior and Sitaleki Akauola will also miss two games for indiscretions from the Magic Weekend, with Sione Mata’utia once more sitting out for Saints after being charged with a late hit on the passer.

For Watts, he was cited for: “Law 15.1(b) – When tackling or attempting to tackle makes contact with the head or neck of an opponent Reckless – tried to tackle but reckless about outcome. Grade B.” 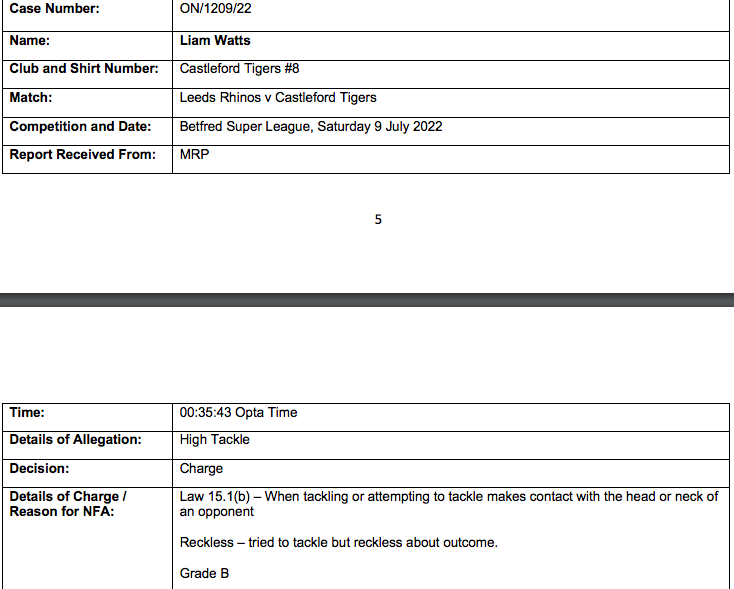 For Prior, he was cited for: “Law 15.1(i) – Dangerous Contact A defending player makes contact with an opponent after the ball has been released by an opponent in a vulnerable position which causes flexion to the head, neck or spinal column on an attacking player, which poses an unacceptable risk of injury to that player. Grade B.” 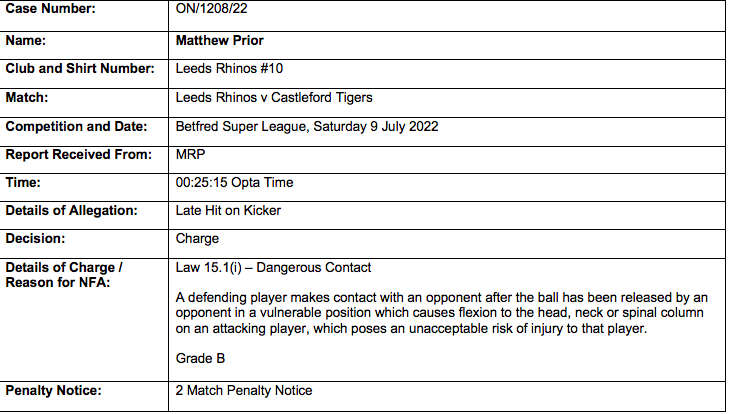