What the Super League table would look like if the season started in June – It’s very different! - Serious About Rugby League
Skip to content

The 2019 Super League season has been the most unpredictable yet!

For many teams, their second half of the season has been very different to the first, which got us thinking, what would the table look like from the beginning of June?

Well the answer is, very different!

In our amended table, Wigan take top spot with only one defeat from 11 games, while St Helens have to settle for second due to their two losses in the capital.

Salford are next after an impressive run of form over the last three months, with Leeds surprisingly in fourth and Castleford making up the top five.

As we look further down the table, London incredibly sit above Challenge Cup winners Warrington while Wakefield prop up the rest with only two wins. 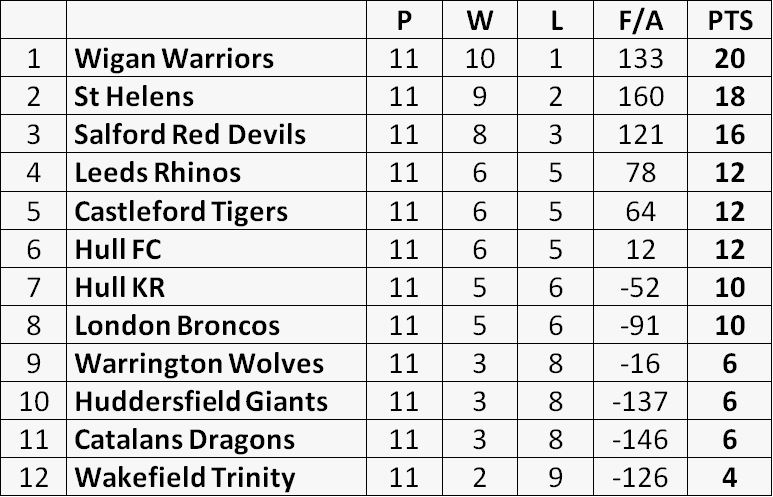 “We got beat in every department” – Price reacts to Headingley thrashing