Warrington Wolves have been in a bit of a pickle in recent weeks.

Four defeats in a row have left the vultures circling, and, the particular defeat to Hull KR in the Challenge Cup last weekend for a number of supporters was the final straw.

Hooker Danny Walker has apologised, star Daryl Clark has spoken out whilst Josh Charnley was hit with vile abuse that has no place whatsoever in the ‘family game’.

The new recruit, who joined Warrington ahead of the 2022 Super League season, stated: “Tough times don’t last, tough people do. Stick with us and we will get there for you all.” 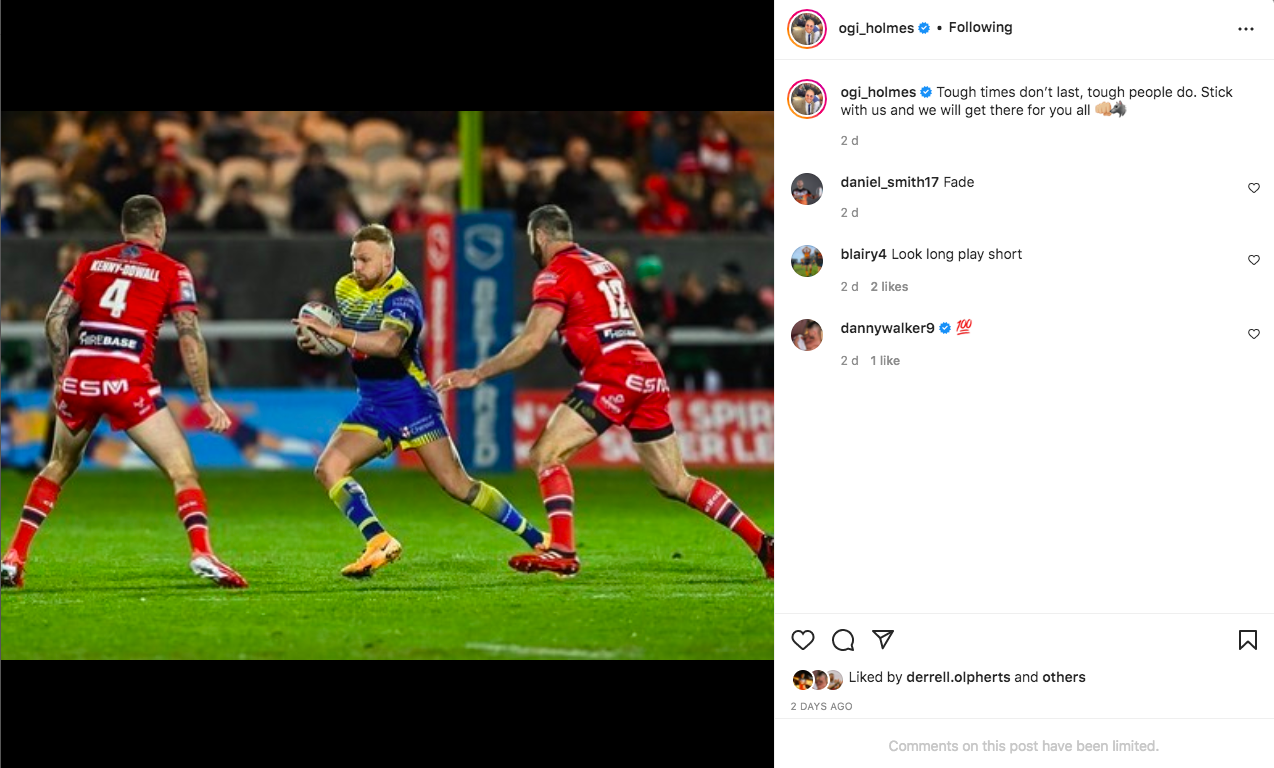 Warrington will have a fortnight to improve on their performance at Craven Park last Friday night with the Challenge Cup Quarter-Finals getting underway this Friday, ironically, at Craven Park.

The Wolves’ next Super League game will be against Salford Red Devils who themselves are in a barren run of form having won just one of their last five fixtures.

Slack lazy report, Warrington put out the cup by wakey, so it’s not ironic either that the qfs start at craven Park tnite.