Warrington Wolves legend Ben Westwood can seemingly do everything.

After retiring a hero at the Halliwell Jones Stadium, Westwood is still competing – just in the food variety rather than on the rugby league field.

Westwood launched his Super Bennies Food Emporium back in November 2019, which is a fast food wagon serving everything from bacon and sausage butties at breakfast to burgers, chicken curry and jacket potatoes at lunchtime.

He began his career at local team Normanton Knights, before being scouted for Wakefield Trinity Wildcats in 1999.

Joining the Warrington Wolves in 2002, Westwood stayed at the Cheshire club for 18 seasons, becoming the club’s longest serving player, before retiring in 2019.

However, he seems to have swapped the rugby league field to the football one, appearing for local 11-a-side team Warrington Rylands FC all in aid of raising money for St Rocco’s Hospice.

Westwood, in typical fashion, posted the funny caption “This tight kit doing me no favours ha.” 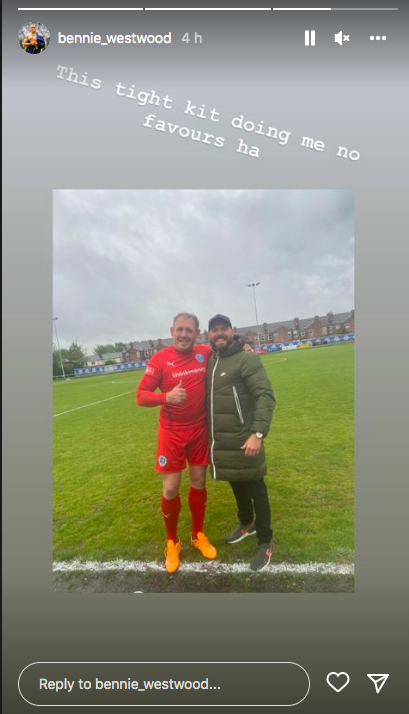