Daryl Powell’s Warrington Wolves are now a staggering 33/1 to win a maiden Super League title at Old Trafford in October after a woeful run of form that has seen them drop down to ninth in the league table.

The Wolves have won just two of their last 12 matches in Super League with Powell’s first season in charge at the Halliwell Jones Stadium not going to plan, with some fans even asking for the former Castleford coach to be sacked.

Their performances have not gone unnoticed by numerous bookmakers and placing a bet on them for 2022 to be finally ‘their year’ would be like giving money away at this stage for the punter, who would be better off playing Australian blackjack online.

It has now been an incredible 67 years since Warrington last won a league championship with the belief that Powell will be the man to finally end their wait now in serious doubt among the supporters. The number of fans that were around in 1955 to witness their last title win a small percentage of their current fanbase given the long wait for it to happen.

Elsewhere in the betting reigning champions St Helens remain clear favourites to win Super League for a fourth consecutive season with most bookies making them even money. The Saints currently sit four points clear at the top and Kristian Woolf’s side show no signs of giving up their crown easily. There is a consensus that if Saints play to their best, then there isn’t much chance for the rest of the field but there is no question that despite sitting top at the moment, they haven’t exactly been blowing away their opponents on a weekly basis – they may however be saving their best for when it really matters.

Last season’s League Leaders’ Shield winners and beaten Grand Finalists Catalans Dragons are next in the running at 4/1. Despite Steve McNamara’s side not matching their consistency of last season, they have overcome a growing injury list and look to be hitting form again with key players back. They are back up to second in the league and will fancy their chances come the business end of the season.

Another team that will fancy their chances are newly crowned Challenge Cup winners Wigan Warriors. Matty Peet has enjoyed an excellent first season at the DW Stadium so far having led the club to a 20th cup triumph, and after beating St Helens in the semi-finals on their way to the Tottenham, they now know they can beat the best and that can only be a good thing as they sit joint second going into the last third of this season.

Moving down and we start to see some potential value in this sports’ betting market. Challenge Cup runners up Huddersfield are at 10/1 and given how they are currently playing, that has to be seen as value. Ian Watson’s team were very unlucky at the Tottenham Hotspur Stadium and were the better team against Wigan for much of that game. They will feel they deserved to win the Challenge Cup and early indications suggest they will use that defeat as motivation to have a real tilt at making it to and winning the Grand Final. Recent wins away to Catalans and at home to Leeds have shown real character, and the team currently sitting fourth in the table need to be taken seriously.

Now to the two teams that currently occupy the final two playoff spots – Hull FC and Castleford Tigers. Brett Hodgson’s Hull side have shown glimpses this season, but they still lack consistency and are far from a certainty to make the playoffs. They have won eight and lost seven of their 15 games this campaign, often looking a class below the real top teams in the league. The same can be said for Lee Radford’s Tigers who are unlikely to have enough to have a serious shot at Old Trafford and the Grand Final. 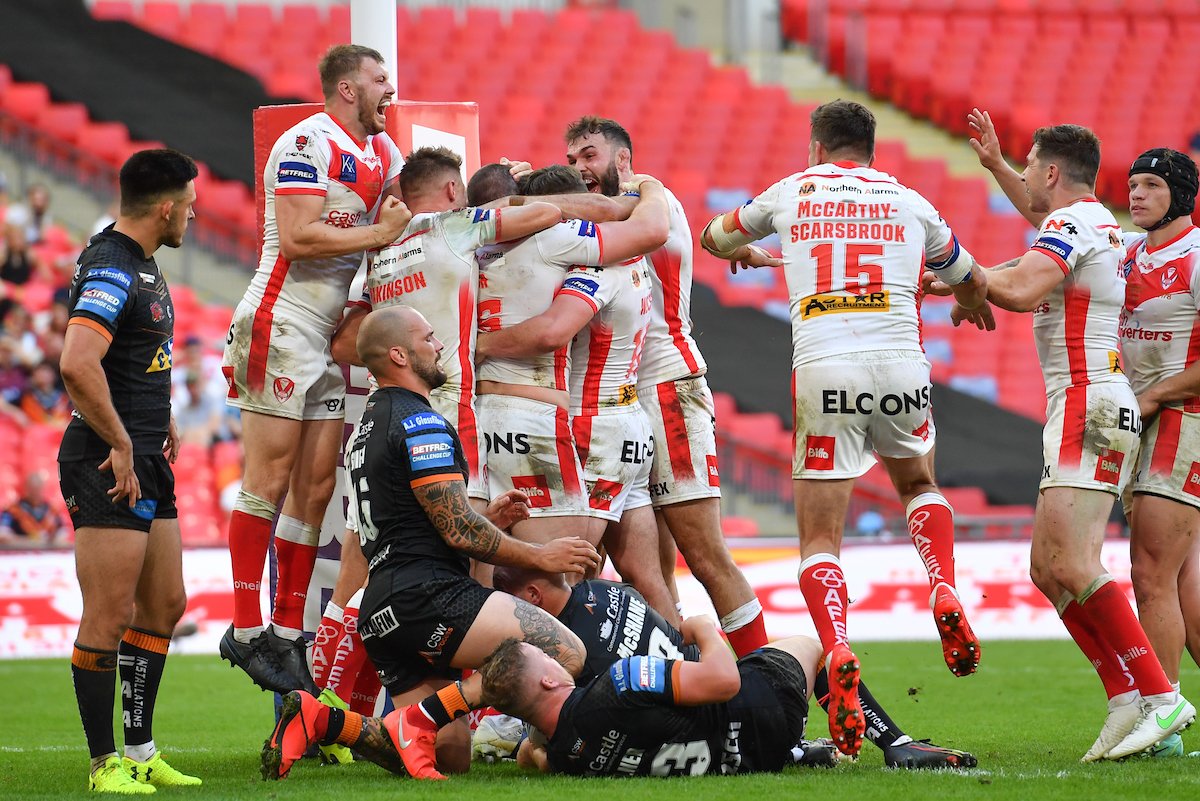 Moving further down the market and Leeds Rhinos are priced the same as Warrington at 33/1. Under new coach Rohan Smith, the Rhinos have the pedigree and the players to possibly mount a late assault on Old Trafford, but it maybe just a little early for a coach still settling in at Headingley as he tries to make the club the force they once were.

Below that are Hull KR who have dropped off this season after going within 80 minutes of Old Trafford in the last campaign. The Robins are 50/1 and that’s probably fair given their lack of form throughout this season. Tony Smith’s exit at the end of this season could serve as motivation for a late playoff push, but it’s unlikely they will be able to repeat their heroics of 2021.

The remaining three teams, Salford Red Devils (250/1), Wakefield Trinity (250/1) and Toulouse Olympique (1000/1) will likely be the three teams fighting for survival in a few months’ time so it’s hardly worth mentioning them in the same sentence as the playoffs or the Grand Final.