Number one, of course, was that there was no Jake Connor – who just last week assisted six tries and scored one himself against the Salford Red Devils.

There was, however, another quite surprising absentee – Tom Johnstone.

The Wakefield Trinity winger is now at full fitness and more than raring to go, having played a key role for the West Yorkshire club so far in 2022.

However, he too has been overlooked by Wane and for Johnstone’s teammate – Liam Kay – he should have been a shoo-in.

Kay posted on his Instagram story: “No @TomJohnstone1 criminal.” 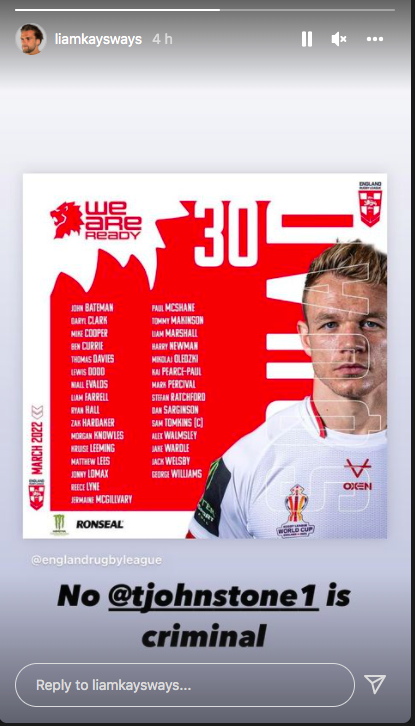 Further England training sessions will take place in April, May, July and August.

Details of June’s mid-season international versus the Combined Nations All Stars will be announced on Friday 4 March.