Wakefield Trinity have announced important stadium changes for their fixture against Hull FC as they look to develop Belle Vue.

In preparation for work commencing on the East Stand, Wakefield Trinity are making important changes to the club’s matchday procedures, effective immediately.

Additional signage will be around the stadium to help spectators on gameday.

Entry will be from the Doncaster Road turnstiles only. Wellbeck Street turnstiles will be closed. The capacity for the North Stand is set at 1,500. Entry into here will come on a ‘first-come, first-served’ basis. Supporters using the North Stand will be issued with a wristband which must be worn at all times during the game.

Entry will be from Gate G which is situated to the right of the Rollin Shack Bar.

Entry will be from the from Gate A which is situated to the right of the Rollin Shack Bar.

Entry will be through Arthur Street turnstiles.

Access to the stadium will still be available through the Rollin Shack Bar.

There are no changes to entry for hospitality guests. 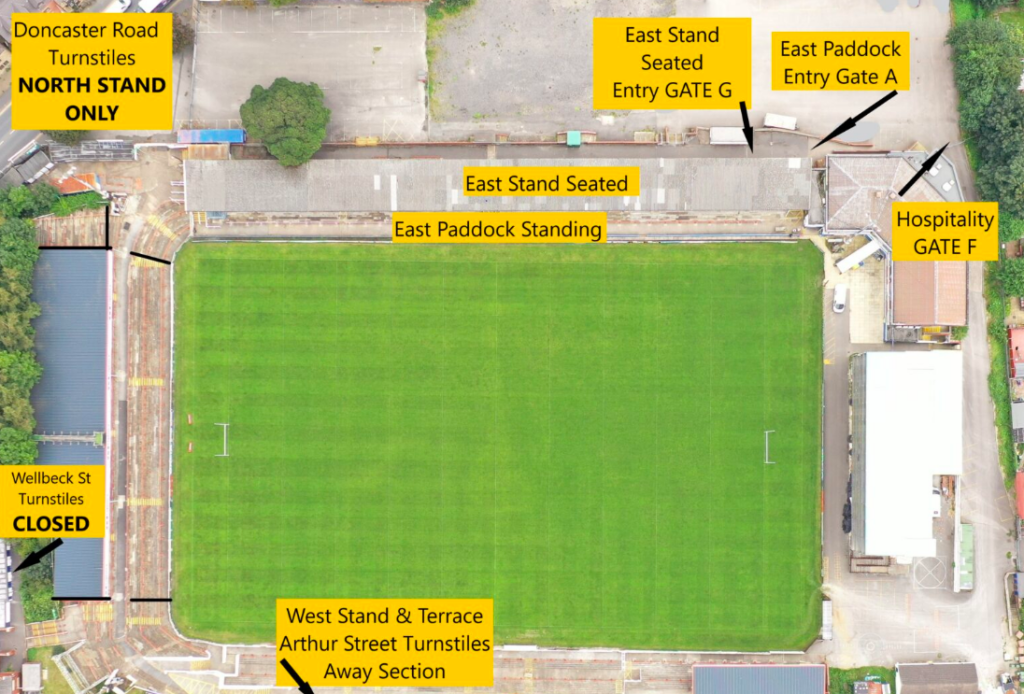