I think it’s fair to say that, since their introduction to Super League, video referees have somewhat polarised opinion. When first introduced into the sport, they were hailed as groundbreaking, an essential resource for match officials, and showing the way forward while sports like football, cricket and rugby union still remained stuck in the dark ages, relying on the man, or men, in the middle, with mistakes still being made by them, which seemed to justify the use of video technology even more.

Fast forward to the current day and it seems that video referees arguably cause more questions to be asked, than they actually answer. The tirade of questions centring around, particularly, how late games on a Thursday and Friday night finish, why do certain decisions take as long as they do, why can’t they adjudicate on a forward pass, and the seemingly highly controversial on-field decision.

First let’s deal with the on-field decision, this has caused plenty of outrage since it started being used here, following the example set in the NRL, certain decisions have left people absolutely dumbfounded, for instance the ‘Try’ for Denny Solomona when playing for Castleford against Salford in the Challenge Cup in 2016. It was, arguably, the most ridiculous decision ever made by a video referee as Solomona was awarded a try that he clearly hadn’t scored, based on the on-field decision.

However that was followed in the next round when Castleford were knocked out of the competition by Wigan. Dom Manfredi was awarded a try that day, again in circumstances when he clearly hadn’t scored, but it was awarded on the basis that, according to the video referee “He MIGHT have touched the ball” so there was no clear evidence to go against the original decision of the on-field referee.

Another controversial decision by a video referee came before the use of the on-field decision was introduced, at Magic Weekend 2013, in the Hull FC v Hull KR derby Danny Houghton launched a huge kick from inside his own half, Rovers full-back Greg Eden allowed the ball to bounce over his head, allowed it to bounce again, and was then robbed by the on rushing prop Chris Green, who gathered the ball in and crashed over to score the match-winning try. The try was referred to the video referee and, despite Green clearly being offside when Houghton kicked, and not being played onside at any point, the try was awarded.

A final example came in the corresponding game in 2012, causing another question I referred to earlier, when Michael Dobson of Hull KR profited from an outrageous forward pass that was so far forward it would have been more suited to an American Football field. Despite protestations from the Hull FC players, the try was awarded, because a video referee cannot give a decision on a forward pass, even one as obvious as the one that enabled Dobson to score that day.

We then also have to deal, as part of this, with why decisions can take so long, which is to the detriment of the game, causing matches to finish far later than they should. Dealing with the outrage caused by video referees is not easy, they have all the technology available to them, they have as much time as they want to make the right decision, and yet they still get some decisions spectacularly wrong. 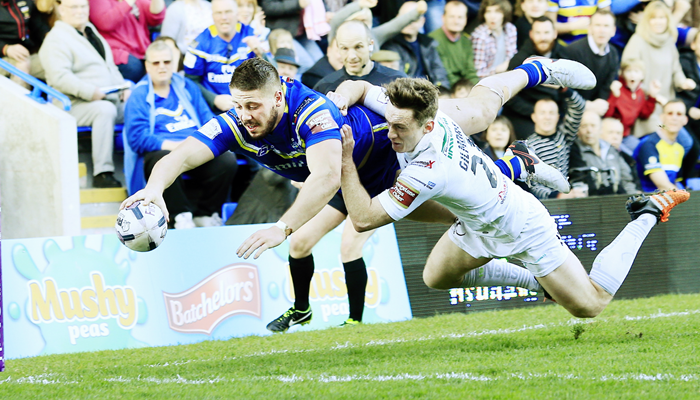 Some people have said, quite rightly, that maybe a different system should be adopted, that instead of an on-field referee giving their interpretation of what they think has happened, they maybe need to say ‘Can you give me a reason not to award this try?’ This I believe would be a possible answer, but it still leaves us stuck with the problem of how many times a video referee looks at the footage, before making a decision himself.

I think the time it takes them to make a decision is becoming more of an issue than the decisions they make, in the recent play-off game between Leeds Rhinos and Hull FC, the man in the video booth had a decision referred to him, it was whether Brad Singleton had scored a try, or not. It was sent up as a ‘No Try’ decision with reference to a possible obstruction in the build-up, and whether Singleton had actually grounded the ball or not.

Everybody watching the game on Sky TV, or in the ground, could clearly see Singleton had not grounded the ball, thanks to the attention of Jamie Shaul, along with two or three other defenders in Black & White. Everyone thought it was a clear open and shut case, however the video referee took an age, looking at it for a good five minutes, before finally deciding it wasn’t a try.

Because of such delays, it’s making games finish far too late, so what is the answer? I believe that we should keep the idea of the on-field decision to refer a possible ‘Try’ or ‘No Try’, but give the video referee a time limit, I think 90 seconds is a sensible amount of time for them to come to the correct conclusion, and if they can’t they should go with the original on-field decision.

This would drastically cut down the amount of time it takes to get a decision, therefore not causing games to finish as late as they do, and sees both the on-field referee and the video referee working together, to get the correct decision.