2019 has seen the breakthrough of several youngsters in Super League, so we thought we’d put together our top five.

The criteria is simple – the player must have played less than 10 Super League or NRL games before the start of the 2019 season and be below the age of 25. 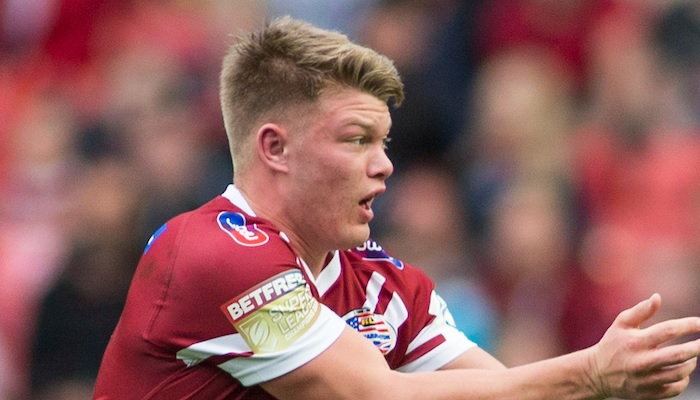 The 18-year-old made his debut against Catalans back in March and hasn’t looked back since. He quickly became one of the Warriors’ most dependable forwards and was chosen to start at loose forward ahead of club legend Sean O’Loughlin on several occasions. The most impressive part about his game is his defence, which is just as well for a middle forward. Many of you will remember that he broke Super League’s record for most tackles in a game when Wigan beat Salford in the play-offs, racking up a startling 72. He has a fearless attitude and isn’t afraid to mix it with even the most experienced forwards, often coming out on top. 2019 showed us a glimpse of what Smithies is capable of and I’ve no doubt he’ll be even better with a full senior pre-season under his belt.

The young centre has long been touted as a future star at Headingley. Through the scholarship and academy grades he was always the player who looked more mature than anyone else and that’s a trait that has stuck with him since. I remember speaking to one of the Rhinos’ academy coaches before a pre-season game with Coventry in 2018, where Newman started in the left centre. “Harry’s the one to watch” the coach said, before Newman went on to score a hat-trick in Leeds’ 70-14 win. Try-scoring has always been his forte, exemplified by the 17 he scored in 12 games on dual-registration at Featherstone in 2018, but it’s his defence that’s really come on during his first full Super League season. He’s built up an instinct to know when to rush at an attacker and when to remain in the line, which has seen him save several tries this year. With age comes physicality, so Newman’s still got plenty of growing to do, but the signs for now are bright, just like they’ve always been. 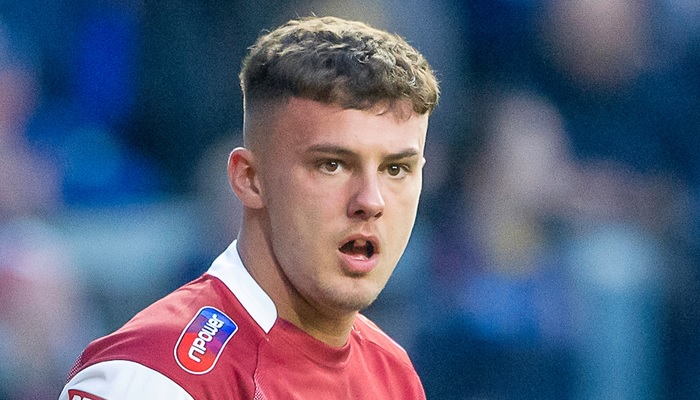 I tried to include just one player per team in this list, but Wigan’s youngsters have simply been too good. At 21, Partington is the oldest player named but has still had an impressive breakout season. He became a pillar of consistency in the Warriors’ front row, impressing both off the bench and from the start. Like Smithies, Partington too is fearless but puts that across in a much different way. He has that Gareth Hock or Terry Newton-type style where to him, mentally intimidating his opponents is just as important as physically intimidating them. He’s extremely confident and is always picking battles with opposition players – constantly getting in their ears winding them up. His performance in Wigan’s final round win over Castleford is the perfect example of that. Now, he did get suspended for an incident in that game so maybe needs to reel it in slightly, but he’s the perfect example of a modern-day aggressive forward. 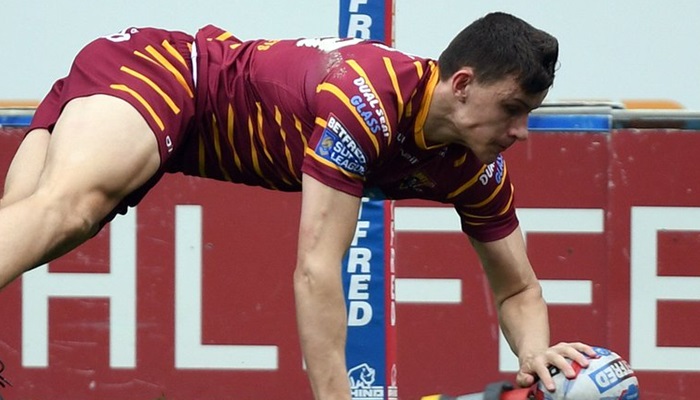 Senior will be looking to start next season exactly how he finished this one. In Huddersfield’s last game against Catalans, the young outside back was the star of the show, grabbing four tries and showing how much of a naturally skilled finisher he is. Often, the best wingers with the best records are those who manage to put themselves in the right place at the right time and that’s regularly been the case with Senior this season. I doubt he was expecting to play even half of the 13 games he appeared in but persistent injuries to Akuila Uate and Leroy Cudjoe gave him the chance to show what he can do. He finished the season with a total of eight tries – not bad going for a 20-year-old shifting between the wing and the centre in place of fully-fledged internationals. However you look at it, Senior has staked a claim for a starting jersey in Simon Woolford’s 2020 side and I wouldn’t be surprised if he’s chosen in place of Uate.

Welsby may have only made 11 appearances in 2019 but he certainly gave us a taste of what’s to come. Still just 18, next season will be his third as a senior player, having made his debut towards the end of last year. He strikes you as the typical Saints academy graduate – full of enthusiasm but still with his feet on the ground, in a similar mould of someone like Jonny Lomax or Lee Gaskell. He’s played the majority of this season at fullback – for both the first team and the academy – but I’m still not sure either he or the Saints’ coaching staff are sure on his best position. His size and athleticism have allowed him to experiment at centre, loose forward and in the halves and he hasn’t looked out of place, however he has been touted as the man to step into Lachlan Coote’s shoes when the Scotland and GB international retires. The departure of senior backs Danny Richardson and Adam Swift should hopefully give Welsby a more senior role in 2020 and he’ll certainly be looking to nail down a place in Kristian Woolf’s top 20 squad at least.

Radford unhappy with second half