Wingers (usually) get all the glory but it’s the men inside that can have greater influence of the direction of the game. Here are my pick for the best centres in the Super League. 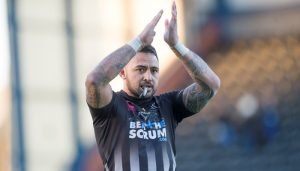 Widnes made a flourishing start to the season, that has quickly descended into chaos, including the sacking of head coach Denis Betts.

One of the key figures to the blistering start this club made was Krisnan Inu, the centre made light work of the competition running in six tries for the Vikings in just nine games with an average carry of over 8 metres.

Inu suffered a leg break in early April which slowed his and his sides season right down but with Inu almost ready to return to action could we see a resurgence for the Cheshire side that will mean Super League survival? If so, this man will be at the forefront, leading the charge. 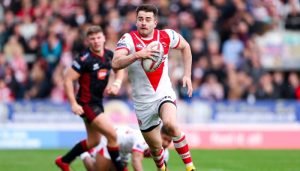 So far, this series has seen more St. Helens players than any other side, and it’s no surprise given the commanding lead they hold over the rest of the competition.

It is strange to think of a team where centre play dominates wing play in terms of tries scored, but Morgan (10) already leads right side partner Makinson (6), and opposite winger Regan Grace (9) in the scoring department.

What the Australian lacks in metres made, he more than makes up for in tries created and tries scored. The big powerful back is almost impossible to stop as he hits the whitewash as well as having clean hands to tip off to the winger, when needed.

At some point, the question must be asked, who can stop this back line from creating the space that comes so easily? 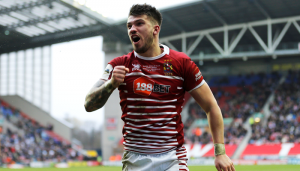 Yesterday I mentioned Joe Burgess’ firing start to the season before picking up an injury.

It could be argued that Oliver doesn’t get a mention without Joe BUT you could equally argue Burgess isn’t the same standard with Gildart.

Wigan’s left hand side has been prolific for the entirety of the season with Marshall now taking Burgess’ boots and it seems that the young centre is the one directing the traffic on the edge.

His power and quick thinking helps him break through gaps or find his wingman in space and when he’s in that space, there are very few that have caught him.

Key to the revival of Wigan, Gildart will surely come to the rescue should Wigan return to form. 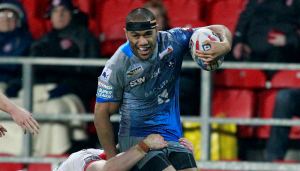 My lack of mention for Tom Johnstone yesterday may have been noticed but there is one Wakefield player I would be very sceptical to ignore, Bill Tupou.

The big running centre has bombarded his way to recognition in a Wakefield side that would win the ‘came close’ award, this season.

So often on the wrong end of tight games, Wakefield have still managed to put up a tough fight for the top 8 after an impressive season last year and Bill Tupou is a key figure in that.

With over 2000 metres already this season as well as six tries, it would be hard to leave the Trinity back out of this list.

Come the end of the season, we should be seeing more of the old fashioned hard running from the centre and double figures in the try department. 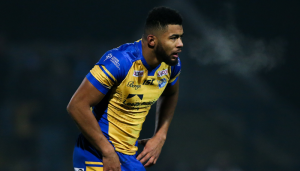 Much like yesterday’s considerable mention, Watkins was firing with 7 tries and over 1500 metres before an injury drew his season to a halt.

The superstar centre has become an ever present for both club and country and rightly so, with a step here, then there, then he’s gone.

Watkins was within a finger nail of creating the leveller in the World Cup final, in Australia, last season as an ankle tap saw the national side just fall short.

I’m sure all fans will join me in wishing a speedy recover to the Manchester born, Leeds star. We want to see the best of the sport on the field and Watkins is most certainly one of those.

The return of the captain could be the right formula to bring Leeds back to the top of Super League, next season after a tricky campaign, so far. 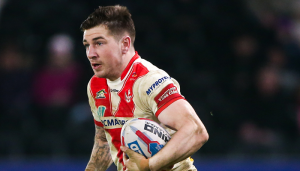 Another Saints player taking poll position, and don’t be surprised if he’s not the last.

Percival has been Mr. Consistent for some time and has took it to the next level this season.

Known more for his classy play, ball skill and ability off the kicking tee, Percival has added a strength in depth to his game, standing up in defence and becoming almost immovable from the oppositions in-goal area.

The Lancastrian has well over 1500 metres and a mouth watering 15 tries to his name already, bettered only by teammate Ben Barba.

I’m sure over the next couple of days I will have to think of new ways to describe this special back line but once again, you can’t look much further than a championship winning season for the Red V.