It is very nearly standing room only for Saturday’s Mid-Season International Double-Header at the Halliwell Jones Stadium.

Only a few dozen seating tickets remain to watch Emily Rudge’s Women take on France from 3.15pm, followed by Sam Tomkins’ Men taking on the Combined Nations All Stars from 5.45pm – and those seats are expected to sell out soon.

Our League members can get two tickets for every one purchased by using promo code OURLEAGUE at Checkout – online sales and the Our League offer will close at 11am on Saturday.

All online ticket sales are now for collection on the day only, which will be from the Ticket Office (to the left of stadium reception) that will open from 12pm on matchday with gates opening at 2.15pm. Matchday sales will also be available at the Ticket Office from £20 Adults and £10 U16s.

Tickets are also available for England’s Wheelchair RL International against France, as the two best teams in wheelchair RL face off at the Manchester Basketball Centre on Sunday afternoon (3.30pm kick-off) – for only £5 Adults and £2 U16s at eticketing.co.uk/rugbyleague.

There will also be a strong presence from the Betfred Women’s Super League, and the pioneers of Women’s Rugby League will be recognised as a group of Great Britain Lionesses join some of their male equivalents in the stand.

But it’s not all about England.

The playing jerseys of all three England teams, and especially the Combined Nations All Stars, will have a strong Tongan flavour, with 10% of all shirt sales going to the ongoing recovery efforts in Tonga following the volcano and tsunami earlier this year – and there will be a Tongan presence in the stands, as well as on the field, to add to the carnival atmosphere. 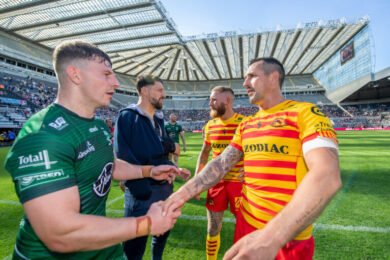 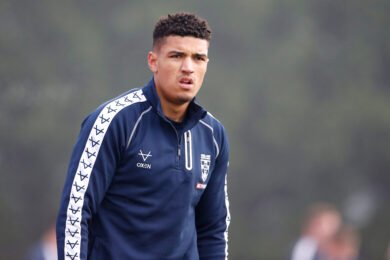