The opening month of Betfred Super League has showcased some of the competition’s top-class athletes, irreplaceable talents and industrious workhorses.

From lightning quick top speeds to huge distances covered, there’s been an array of eye-catching performances in the opening three rounds.

Catapult Sports have collated the best stats from February following an electric opening month to the Super League season.

Wigan Warriors full back Jai Field recorded the quickest max speed during the opening round of the new season. Field’s effort was nothing short of spectacular, particularly given the cruel circumstances his 2021 season was cut short in round 1 last year.

However, Field showed no signs of apprehension during his max speed effort, racing away to collect a Cade Cust kick, scoring a sensational try and clocking an impressive speed of 36.1km/h.

Matty Ashton & Joe Burgess were not too far behind. The wingers showed their athleticism in Round 2 after making clean breaks which resulted in a Matty Ashton try and a Joe Burgess try assist, both clocking max speeds of 35.1km/h. 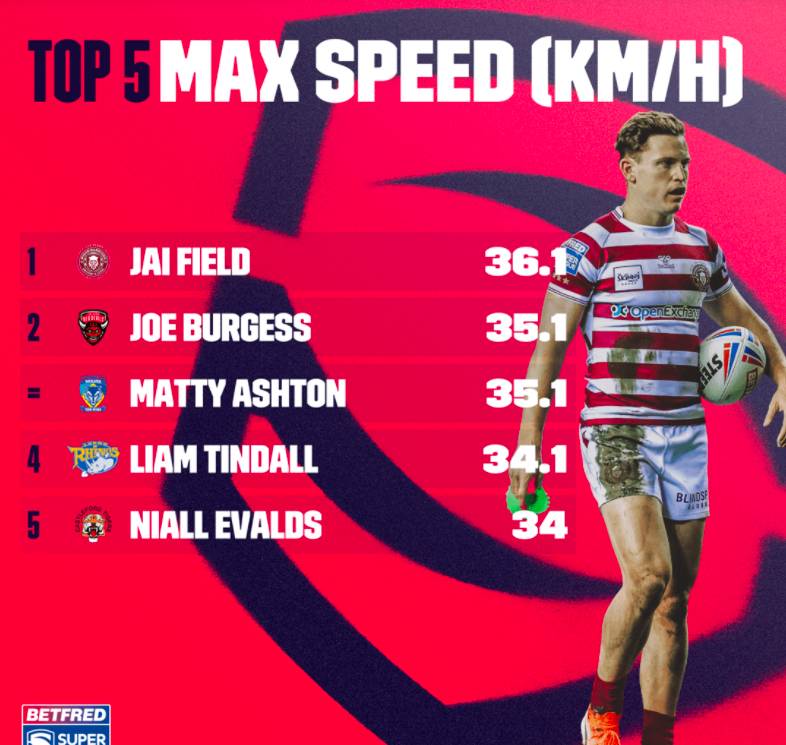 Hang on! You haven’t given Regan Grace a chance as he hasn’t played yet this season. I think this article should be revised once he’s had a run out. Definitely one of the fastest players.