One of the most exciting Championship seasons to date awaits us in 2022. A number of teams are eyeing up a place in Super League in 2023 and have subsequently made major waves in the transfer market leading to one of the most interesting off-seasons in the second tier’s history. But who are the six biggest Championship signings ahead of next season?

Halifax have made a number of exciting signings going into next season including the impressive Lachlan Walmsley and maverick French halfback Louis Jouffret, but the best of their signings has to be Kyle Wood. Part of the best Huddersfield side in Super League history from 2013-15 as well as being central to the best Wakefield side of the summer era from 2017-18 finishing fifth in consecutive seasons, Wood has always been a top class Super League number nine and he’ll bring that quality to the Panthers in 2022.

Very few Championship clubs will be able to call upon the services of a Super League Grand Final winner, yet Leigh Centurions can following the arrival of Aaron Smith on loan for the 2022 campaign. A 2019 Super League Champion, Smith has learnt his trade alongside some quality players and has had the opportunity to learn from the greatest number nine in Super League history in the shape of James Roby. The England Knights international – he scored twice in their recent win over Jamaica – will provide Leigh with certified quality as they look to return to the top flight.

Like Smith, Alex Foster has Super League Grand Final experience. The hard-working backrower scored Castleford’s only Grand Final try when they lost 24-6 to Leeds in the 2017 decider after he’d played a key part in the Tigers’ finest ever season. A trustworthy and dynamic second-row, it was a surprise Castleford let him go and alongside another Super League quality forward in the shape of former Wigan man Mitch Clark, he’ll give the Thunder a solid platform down the middle of the field.

A Challenge Cup Finalist and Wembley try scorer as recently as October 2020, former NRL forward Pauli Pauli has been one of the most devastating middle men in Super League over the last few years for Salford and Wakefield but will now bring that devastation to the Championship as York look to push for promotion.

A key signing for Castleford ahead of their huge 2017 campaign, Jesse Sene-Lefao figured at Old Trafford in Castleford’s 2017 Grand Final defeat to Leeds at prop but is just at home if not more so at second-row where he was a mainstay for the Tigers in 2021 helping them return to Wembley. Seemingly set for a move to Salford, the deal fell through culminating in his move to Featherstone where he, alongside the likes of Luke Briscoe who also offers Featherstone Super League experience, will look to propel Featherstone to the top flight. 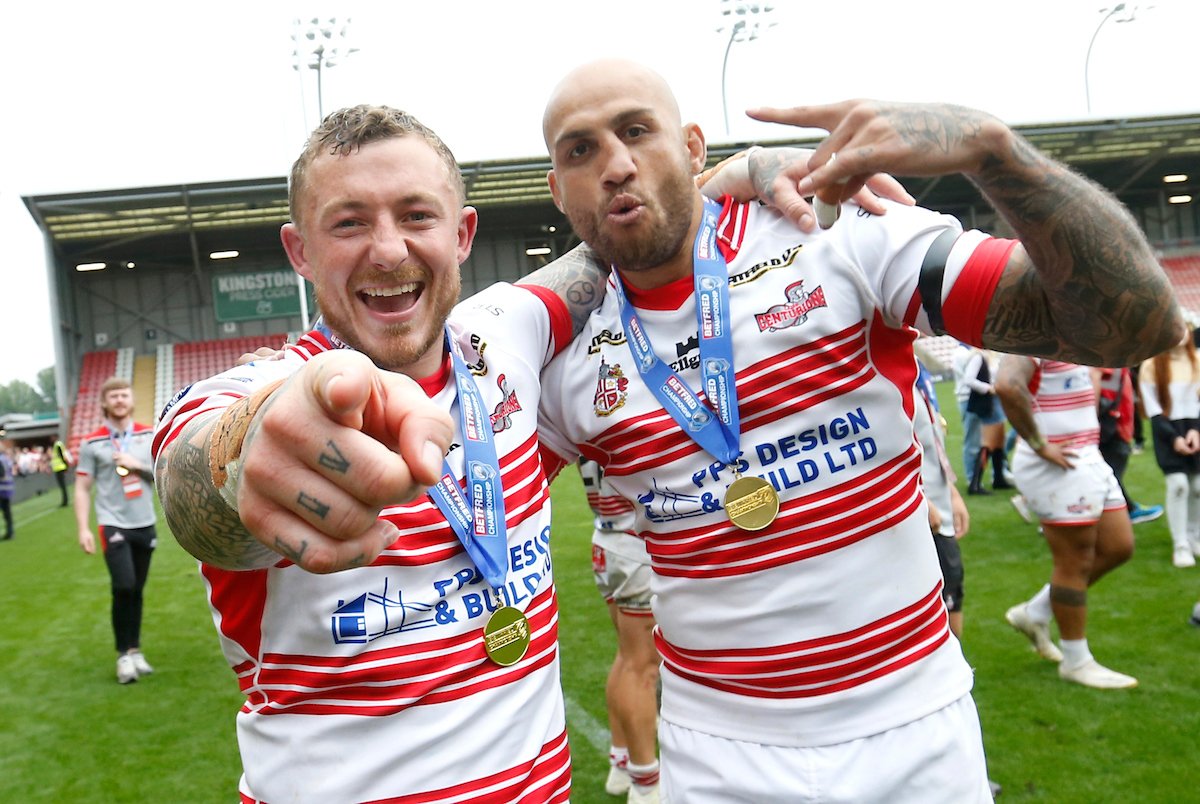 Joining Jesse Sene-Lefao at Featherstone is Joey Leilua. Arguably the biggest coup in Championship history, he played in the NRL Grand Final as recently as 2019. The Samoan’s arrival in the second tier is almost unheard of and sees Featherstone secure their place as favourites for promotion in 2022. A two-time Dally M Centre of the Year and an experienced international, the 29-year-old would be at home at the top of Super League and could be considered the best player in the Championship at this moment in time.