Very rarely there are transfers that make the rugby league fraternity sit up and think “what just happened?”

But when those transfers do happen, they take up all the headlines for one reason or another.

Whether it’s their past reputation or the unlikeliness of the actual move, some transfers justify their place on the top ten bizarre rugby league transfers ever.

Here are ten of those.

The Fijian flyer joined Hull FC on a permanent basis in 2019 after passing a successful trial period at the club. After having a past in the British Army and Rugby 7s, the physical and mental side of things had always been there for Naulago, it was whether or not he could adapt to rugby league. Of course, the winger showed he could do just that and impressed before leaving for rugby union at the end of the 2020 Super League season. Naulago has been impressing for the Bristol Bears ever since.

Morley’s CV boasts some impressive spells at some impressive clubs: Leeds, Sydney and Warrington come to mind. But, most of the rugby league fraternity have forgotten that Morley also played six games for Bradford whilst still contracted to the Roosters at the end of 2005. In fact, the tough enforcer helped the Bulls lift the Grand Final trophy against former side Leeds that year.

For a rugby union man that had played all of his career in the 15-a-side game, turning up for the Crusaders in 2010 and 2011 must have been pure shock. To be fair to the three-quarter, Thomas showed up well, scoring seven tries in 31 appearances.

Australian international Mason joined Hull KR amidst a blaze of publicity in September 2011, penning a three-year deal. For a player that had been at the top of his game for Canterbury, Sydney and North Queensland, a move to East Hull was a head-scratcher to say the least. It didn’t end well either – just six months into his contract and after just six appearances, Mason was deregistered as the club chose to sign Michael Dobson instead. The rampaging forward disappeared under a cloud as it was revealed he had met with French rugby officials at Toulon whilst still under contract with the Robins. Mason is now on the coaching staff at Canterbury Bulldogs.

Another signing for Hull that raised a few eyebrows was that of Ben Galea in 2013. It wouldn’t have been bizarre at all had he not retired after playing five seasons for arch-rivals Hull KR. Instead, the second-rower reversed his retirement decision to play just one more season for Peter Gentle’s FC.

The New Zealand international had big things expected of him in the NRL when he joined Hull at the end of the 2005 season. But, he made just three appearances for the club and started in the halves as FC were thumped 71-0 by Bradford Bulls in the play-offs. A later spell at Castleford in the Super League didn’t do much for his reputation either. 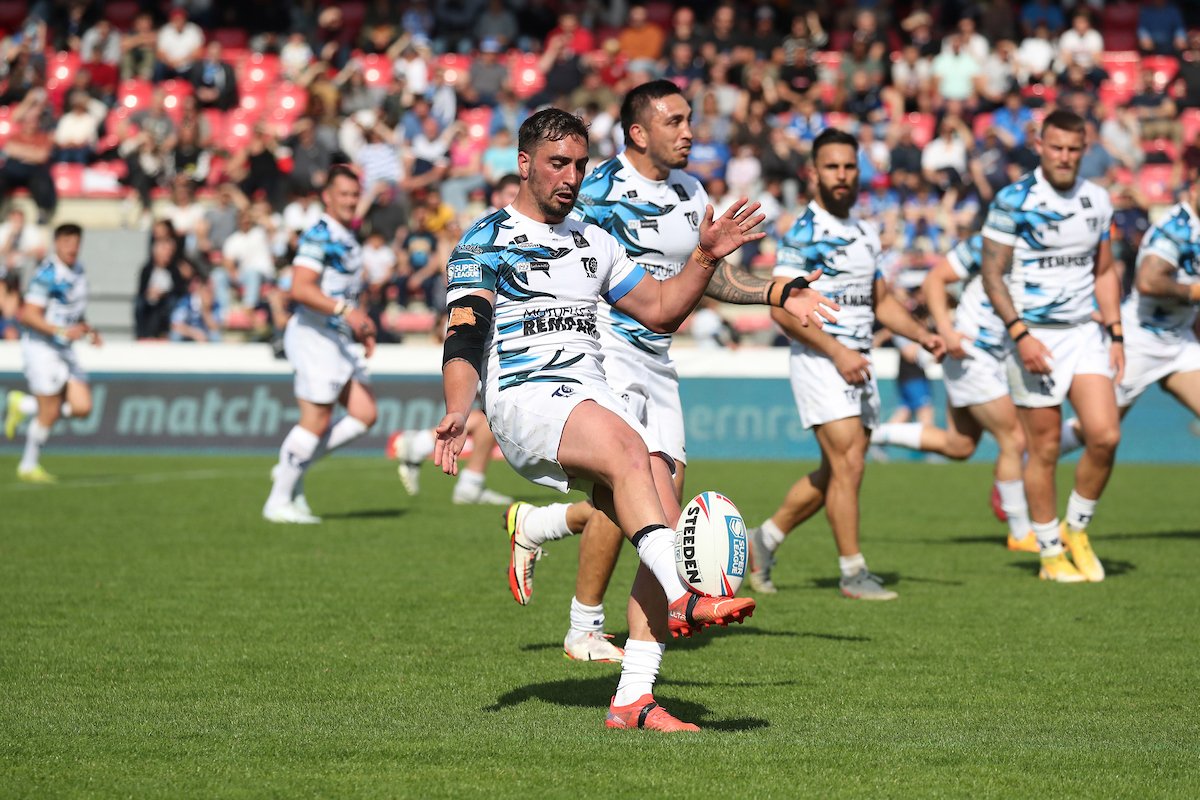 Israel Folau had spent his career at the top of both the NRL and Rugby Australia. Yet, having been dismissed by the latter for homophobic comments, the rangy centre was signed by French side Catalans in early 2020. Much was made of his arrival – including a proposed Pride game organised by Wigan to protest against the signature – but he played just one season before returning to Australia and never coming back.

He signed for reigning Super League champions Leeds following a successful trial spell at the back end of 2012. A one-year deal was cut short, however, when Vickery injured his ankle in May 2013. The 23-year-old was released by mutual consent in August after scoring just one try in ten games.

At the age of 39, Welsh rugby union hero Gavin Henson has made a shock code switch to join League 1 side West Wales Raiders. The former Wales international fly-half left the pizzazz of the Principality Stadium in Cardiff behind for Llanelli’s Stebonheath Park as he teams up with Rangi Chase in a halfback partnership that nobody in rugby league saw coming.

If a struggling Castleford side needed a spark in 2009 then trying to find it in banned Olympic sprinter Dwain Chambers was a decision way out of left-field. He played one reserve game for the Tigers in a specially scheduled reserves game against the York – there was clearly an interest in seeing the Great Britain field representative as over 3,000 spectators turned up. However, Chambers played just half the match and left the Jungle after a month’s trial. No one else can take top spot away from Chambers and that’s a fact.