That came from the Manchester Evening News which revealed that the fleet-footed winger was being monitored by teams in both the top flight and the second tier.

With a superb try-scoring pedigree, electric pace and skills that definitely would not look out of place in Super League, Ritson has been touted for a big move.

However, Serious About Rugby League had previously spoken to the flying winger and he opened up more on his future.

“Obviously I would love to have a crack at the highest level, who wouldn’t? – which player doesn’t want to get to the highest level available when they play sport,” Ritson previously told Serious About Rugby League.

“That being said I am happy where I am at, Barrow Raiders is a special club, they’ve welcomed me with open arms and I feel I owe a lot to the club.

“I signed a three-year deal so I’m here for the long run and I am really happy, as a player I take it season by season and don’t rush things.

“Obviously I just want to play my best rugby and keep impressing and you don’t know what’s around the corner.”

But, after being linked with a move in the MEN, Ritson’s partner took to social media to create a post that included the link to the article and the captain: “ohhh so proud of you.”

The Barrow winger himself shared the photo on his own Instagram story for all to see, inferring that such a move will likely be around the corner. 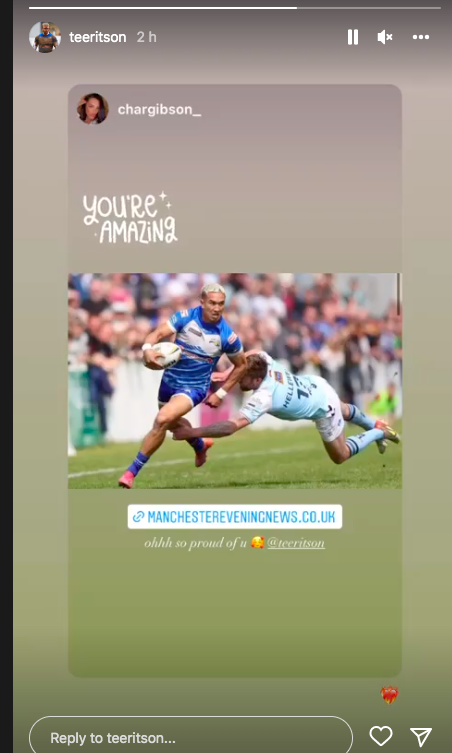