As the dust settles on yet another year of Super League, it’s fair to say the past two seasons have been anything but straightforward.

So in another mammoth task, we have calculated the average attendance of every team to have competed in Super League since the inaugural season in 1996.

Unfortunately, with both the 2020 and 2021 seasons throwing up some tough times in terms of crowd restrictions and cancelled games, we felt it would not be fair to calculate the numbers following the first lockdown in 2020 to the end of the 2021 Super League season as the statistics would then be skewed.

In doing so, we have also taken out 2021 as an actual season so that the average attendance does not get further skewed by an added year that will not have attendances accounted for.

The table includes attendances from every regular season league game over the last 25 years prior to 2021, including all fan-attended matches from the 2020 season prior to the season suspension – with the exception of Toronto Wolfpack who withdrew without playing a home game in Canada.

Unsurprisingly Leeds Rhinos sit comfortably at the top of the table, followed by Wigan Warriors and former Super League side Bradford Bulls.

Hull FC, St Helens and Warrington Wolves make up the top six, with Paris Saint-Germain the surprise package in a closely-contested top 10. 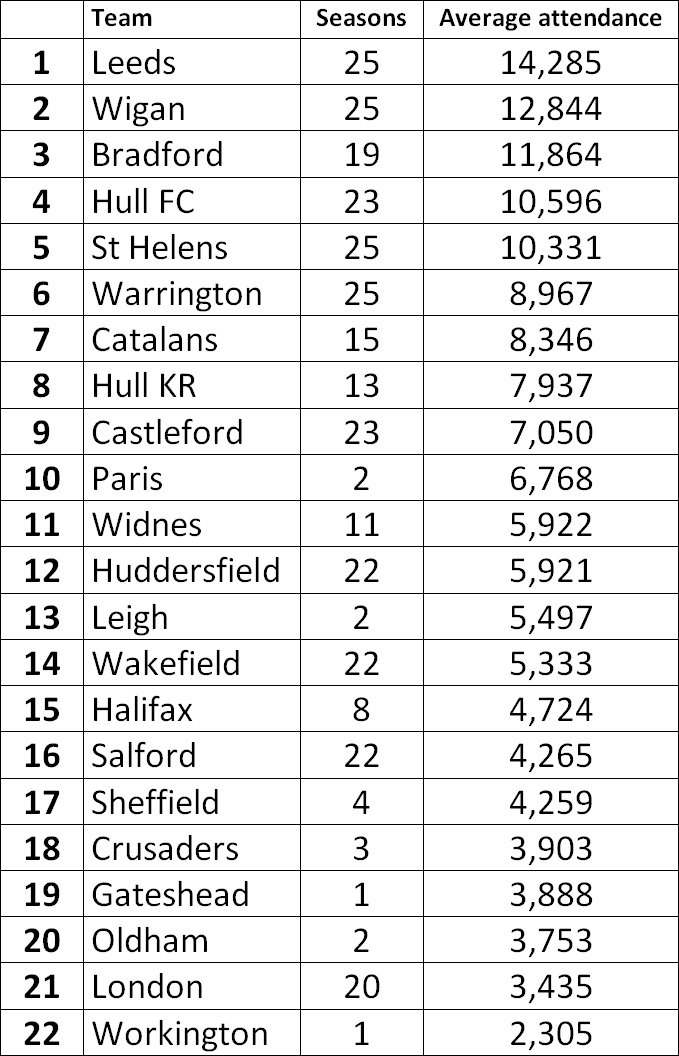