If there is one thing that a son can normally rely on his mother for, it’s to stick up for him when the going gets tough.

Well, for Kyle Flanagan’s mother, a comment on the Canterbury Bulldogs’ Instagram page prompted her into action.

The Bulldogs halfback has been the subject of intense speculation in recent days, with CKM Red Rugby League linking Flanagan with a Super League move.

And, when pictures of the Canterbury players were posted by the club’s official Instagram page, one eagle-eyed viewer couldn’t help but notice the absence of the 23-year-old.

Five of the best Challenge Cup Final moments in history

The question asked was: “Never any pics of Flanno. Where is he?”

Whilst the author of the question and another reader began a slanging match, Flanagan’s mother joined in saying: “he is definitely there, training hard and keen for a big year.” 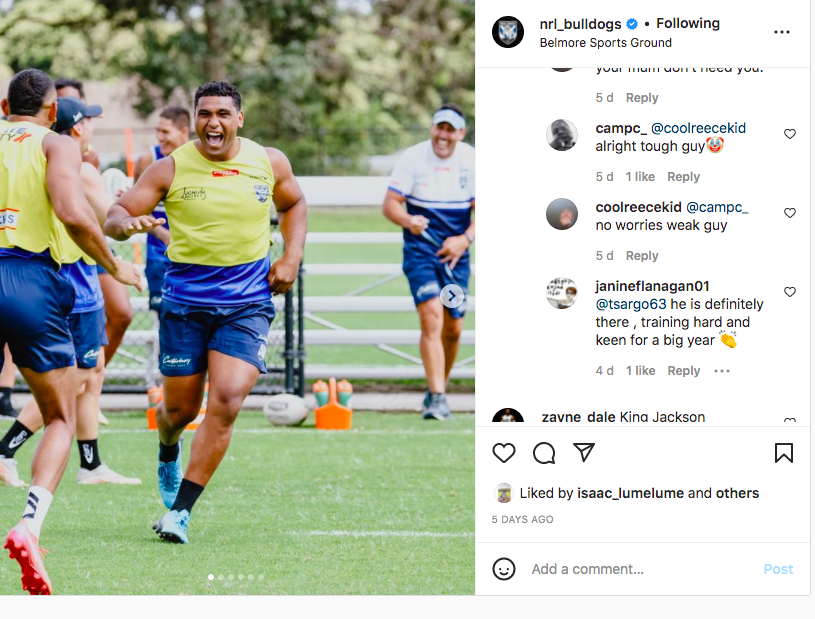 The 23-year-old halfback has been on the receiving end of loaded criticism in his first season in Belmore after failing to inspire Trent Barrett’s Canterbury Bulldogs off the bottom of the NRL ladder.

Flanagan even found himself in the reserves on occasions despite his hefty wage and has since been linked to a move to the UK.

The playmaker has made almost 50 appearances in rugby league’s most impressive competition, having played a key role in the Sydney Roosters’ 2020 season.