Shaul’s brace inspired Hull to an impressive win over Castleford as they booked their place in the Super League play-offs. He posed a constant threat, gaining 154 meters while his scintillating long-range try encapsulated a clinical performance from Hull.

Despite being on the receiving end of a heavy defeat, it was a day to remember for Egodo. The debutant made a superb impression, scoring a hat-trick of tries as well as producing three clean breaks.

The pressure may have been on Hull to pick up the victory, but Connor took it all in his stride. In an eye-catching display, his first career hat-trick ensured Hull of a top-four spot in their final Super 8s fixture.

Watkins has been one of the strongest performers for the Rhinos this season and played an influential role in the win over Huddersfield. He scored the opening try for Leeds, kicked six goals and also gained 131 meters.

His pace provides a different dimension for the Saints going forward and Salford struggled to keep up with him. It was a display which showed why he deserves his place on the shortlist for the Super League Young Player of the Year award.

On the shortlist for the Man of Steel award and showed his class in the win over the Castleford Tigers. Kelly was a constant threat and scored his 19th try of the Super League season.

The veteran is desperate to leave the Rhinos on a high and he played a starring role in the win over Huddersfield. McGuire made three clean breaks and scored a brace of tries to take his career tally to 236 in the Super League. 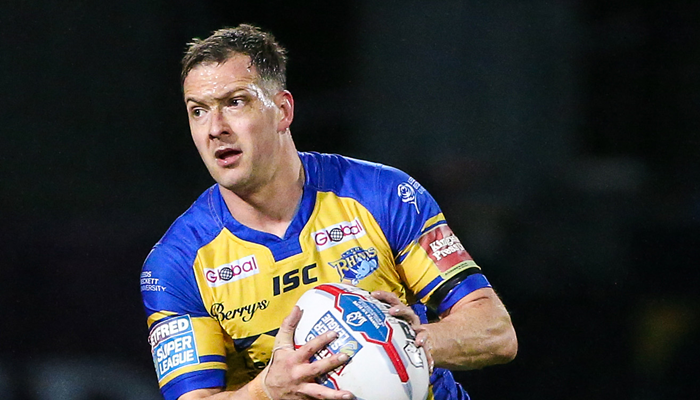 One of the most consistent performers in the Super League this year and once again was outstanding for Hull. He put in a huge shift for his team, gaining 157 meters in the win over Castleford.

One of the best in the business and his quality was there for all to see against Salford. Sky Sports commentator Barrie McDermott summed his performance up with this quote: “They say water covers two thirds of the planet… James Roby covers the rest.”

St Helens coach Justin Holbrook believes Walmsley is the best front-rower in the Super League and his performance against Salford was certainly impressive. The prop bagged his 10th and 11th tries of the season as well as gaining 175 meters.

A man of the match display from a player who was superb from start to finish. Ashurst was a thorn in the Wigan Warriors’ side, breaking up their play with 34 tackles completed.

Delivered a performance which showed why he has been shortlisted for the Super League’s Young Player of the Year. Knowles put in a lot of hard yards for his side, completing an impressive 35 tackles.

A firm fan favourite at Wakefield and Arona helped his side end their campaign on a high with a superb win over Wigan. He prevented the Warriors from getting any momentum in the game with 39 tackles completed.