We’re one week removed from the first and second round draws for the men’s Challenge Cup and the group stage draw for the women’s with the historic competition set to return to Wembley for 2023.

The return to its ‘home’ is a big move for the competition as it will see the final once again played at the national stadium with Wembley becoming the traditional ground for the final since 1928.

In 2022 we saw the final played at the Tottenham Hotspur Stadium with Wigan Warriors edging out Huddersfield Giants, after the Giants had beaten Hull KR in the semi-final.

One man who played in that semi-final defeat was Ryan Hall, a man who has previously lifted the Challenge Cup twice and even earned the Lance Todd trophy in the 2014 victory over Castleford Tigers.

Despite this though Hall has spoken to Betfred, on their Youtube channel, about his current side’s ambitions for the season and if the Challenge Cup comes into them.

How he answered suggests that the historic trophy is maybe in a state of decline in terms of prestige with players and teams now more focused on league success instead.

Speaking to Betfred, Hall explained: “It’s a funny one is the Challenge Cup. It’s just a flash in the pan, you win a couple of games and you might get a trophy and it’s all about being at your best in them games. There’s so much going on in the league table and how your squads going and then you’ve got to peak in this high-energy game to try and win some silverware.

“It’s hard to achieve whilst everything else is going good as well, it’s hard to say that we’re focusing on that because it’s such a narrow window and there’s no room for error.

“We would love to win it, don’t get me wrong. We’re going to try our best to win it  but to focus on it or focus on it at all, we’ll cross that bridge when we come to them games and hopefully we can do alright.”

Hall is correct on one element in that for a Super League side to make the final they only have to win three games as clubs join in round six, so that does partly explain the element of it not being a key focus.

For one side this season it will be a key focus though with Catalans Dragons’ Samoan star Tyrone May expressing that the club are intent on lifting the trophy for a second time.

Speaking to the Sportsman Rugby League’s Youtube Channel, May was keen to address the intentions of Steve McNamara’s side.

“There are three or four teams that have genuine prospects of winning the comp (Super League) and if we’re honest as a club we know that we’re one of them.

“In  2018 they won it (Challenge Cup) and we only spoke the other day about wanting to try win that again, when that comes around we’ll put our best foot forward.

“For us we want to win the Challenge Cup, try and win the Super League and get the League Leaders but we have to get our words and put them into actions.” 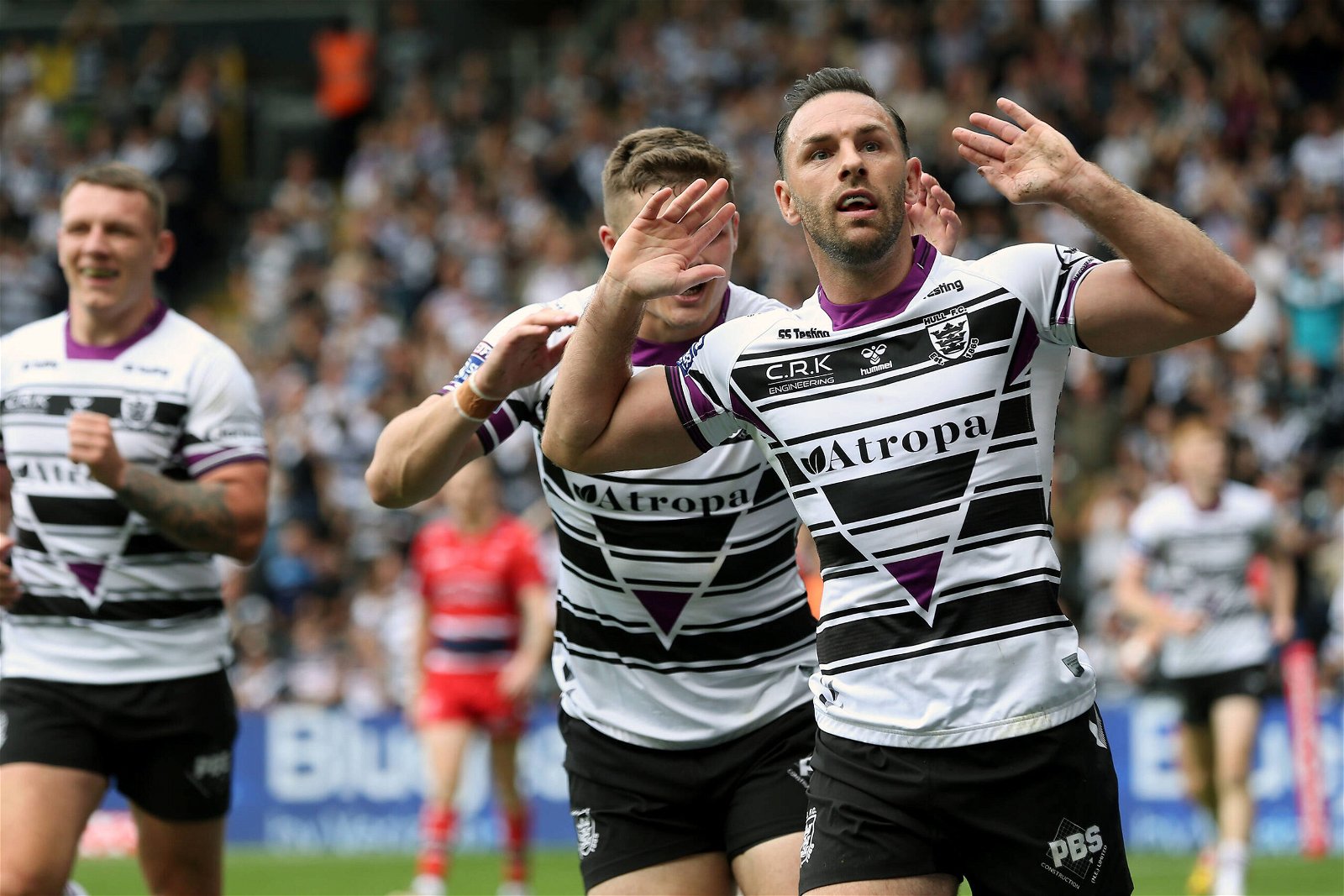 The balance between the competitions and how different plays and sides see it is certainly interesting, how the fans view both competitions also varies widely.

However it still remains a sad fact that the historic and prestigious Challenge Cup competition may be a victim of rugby league’s success in terms of the flourishing Super League and the TV deals that have come with it.

That money incentive and heightened status of league competition, in conjunction with the cup format whereby teams can lift the trophy playing just four games, has sadly devalued the Challenge Cup it would appear.