It’s been a fairly uneventful week in Rugby League. Steve McCormack left Scotland, Widnes shocked Warrington in their festive friendly and Wigan lost two big names. Otherwise, not much happened so instead of my usual ‘five things’ column, I thought I’d set some new year’s resolutions for all of our Super League clubs. 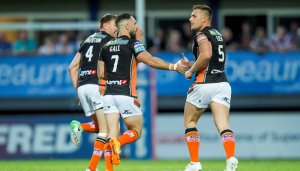 League-wise, Cas did all but win the comp last year. They dominated throughout, losing just seven games all year. It just so happened that one of those games was the Grand Final. On the positive side, they now have that big game experience, so should back themselves even more this season. Powell also needs to decide on a fullback, as it seems Zak Hardaker won’t be available.

The Frenchmen seem to be the only side still dabbling in the transfer market. They currently only have one senior half, while there are a fair few rumours circling about possible additions, after Michael McIlorum’s arrival today. The season is fast approaching, so Steve McNamara needs to finalise his squad to ensure they’re ready come February.

Huddersfield struggled to hold down any good form last year, with a mere three successive wins being their highlight. A top eight finish was pretty satisfactory for Rick Stone, but he’ll want more from his side this year. They’ve made no huge signings, so will be backing their own to improve on and underwhelming 2017.

Hull FC – focus on the league 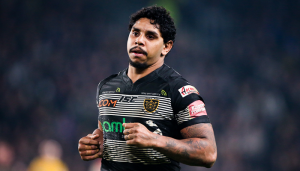 The black and whites have been the ‘cup kings’ over the past two years, but have been unable to recreate such heroics in the league. They’ve shown plenty of promise and have a capable enough squad, it just comes down to winning the games that matter. Kelly and Sneyd will be vital, but all eyes will be on Bureta Faraimo, who looks to fill the gaping hole left by try machine Mahe Fonua.

The key for Tim Sheens will be avoiding relegation and re-establishing themselves as a Super League outfit. On paper they’ve got a very competitive squad with a good mix of youth and experience and depth in all positions. A top eight finish is probably unrealistic, but avoiding the Million Pound Game should sit just fine with Rovers fans.

The Rhinos will undoubtedly want to go one better than last time they faced Australian counterparts. They lost 38-4 to North Queensland in 2015 but seem more prepared this time around, despite again losing key players. Travelling to Australia for the game provides a challenge in itself, but Brian McDermott’s men will look to rise to it.

After a superb start to 2017, the Red Devils’ form dipped massively, with them losing 10 out of their last 11 games. It was a huge disappointment for Ian Watson’s men, who looked like genuine playoff contenders in the early rounds. It seemed like the players just lost all their confidence when the season got to it’s business end, with performances reaching nowhere near the standards they had done. Salford’s aim this year will be to pace themselves and hopefully challenge for the top four.

Saints showed their quality towards the back end of last season, scraping into the playoffs before coming within inches of Old Trafford. It’s fair to say that if they’d performed in a similar vein all year, they could have easily challenged Cas for the top spot. The squad is almost entirely the same, so with some consistency throughout the year, Saints could easily be the team to beat. 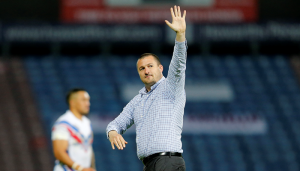 2017 was Wakefield’s most successful season to date, as they finished fifth and narrowly missed out on the semi-finals. Chris Chester will, therefore, be hoping to better that this year. He’s instilled the squad with confidence and they really don’t fear any of the bigger teams anymore, so they’ll more than fancy themselves. It’s going to be another competitive season, but Trinity will be up there battling with the best.

In contrast to Wakefield, the Wolves will be aiming to bounce back after last year’s horror. They’ve a new coach with new ideas and effectively a new squad after a mass clear-out. Steve Price has brought in some quality new additions, with Tyrone Roberts and Ben Murdoch-Masila heading the list, and will look to mix it with the club’s youngsters. The friendly defeat against Widnes is a worrying early sign, though.

Almost every pundit, journalist and bookmaker has Widnes down to finish last, so nothing would please Denis Betts more than to shut them all up. The Vikings have nowhere near the strongest squad in the league, but certainly have the capabilities to challenge the likes of Salford, Hull KR, Catalans and Huddersfield for the top eight. 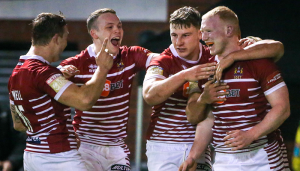 Injuries blighted the Warriors last year, with Shaun Wane forced to give debuts to seven of the club’s youngsters. Admittedly, that unearthed a couple of future stars in Liam Marshall and Tom Davies, but it was far from an ideal situation and cost Wigan a fair few results. An injury-free 2018 could see them challenge for the title again, but a change in playing style may also be needed.