It’s been great news for St Helens in recent years with incredible success on the field.

But, off the field too, the club is making huge strides with their Totally Wicked Stadium ranked third in the world.

That was according to a survey conducted by liverugbytickets.co.uk, which analysed all rugby league and union venues in a painstaking project.

Bath Rugby Union’s Recreation Ground ranked at the top, scoring 9.5 out of 10, with the highest score (9.7/10) for ‘cleanliness’ and ‘affordability’. 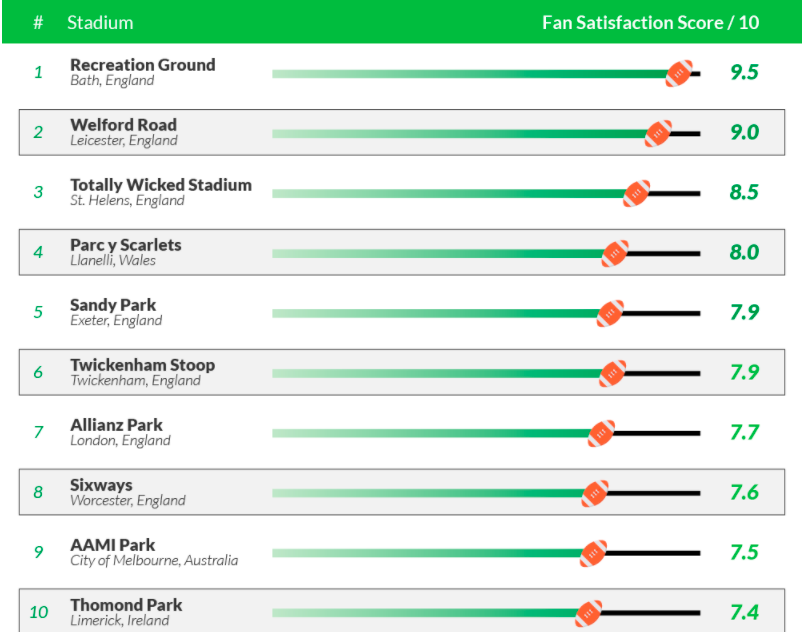 However, St Helens’ Totally Wicked Stadium failed in its bid to win the Visiting Rugby Directors Award award category in the Stadium Events & Hospitality Awards of 2022.

Around 400 guests from 40+ clubs experienced a fine dining three course menu, awards ceremony, followed by an exclusive onsite after party until the very early hours. 2022 was the 15th annual awards event and marked the 20th Anniversary of Stadium Experience.

The prestigious event aims to recognise the efforts and dedication shown by the catering, conference and events teams at every football and rugby stadium across the UK. There were a total of 13 different award categories presented on the evening with Saints nominated under the “Visiting Directors Awards – Football & Rugby – Sponsored by FC Business & Conference News”.

The Visiting Directors Award categories are voted for by Directors at each club. They are asked to nominate the club where they had the best away experience when travelling with their team. They are specifically asked to consider the welcome, service and catering when casting their votes. There will be an award for both rugby and football venues.

As a Hull kr supporter I gave the stadium top marks I had been to the old Knowsley Road and was.my first time there. I was sat in the main stand with my family and was not given any abuse or insulted etc. Loved the stadium with in my opinion 1 small fault ! The Gents toilet. Only one large one behind the stand in my opinion there should be one at each end, there maybe?, but I never found it.Will visit again.