St Helens have released their squad numbers ahead of the 2022 Super League season.

Jack Welsby headlines the squad number switches, as he takes over the coveted number one jersey, whilst another Saints Academy product in Lewis Dodd will take over the number seven to form an all-British, all home-grown half-back pairing with Jonny Lomax.

James Roby again takes the number nine shirt in what will be his last season at the Totally Wicked Stadium, having spent 19 years at his hometown club.

Sione Mata’utiatakes number 11 and Joe Batchelor moves up to number 12, taking over from the departing retiree Joel Thompson.

Only one new signing takes a first-team number in the shape of Will Hopoate who will be number three, with Joey Lussick 14, Curtis Sironen 16 and James Bell number 20.

Konrad Hurrell will wear the number 23, previously worn by other overseas stars in the recent era such as Ben Barba and Lachlan Coote. 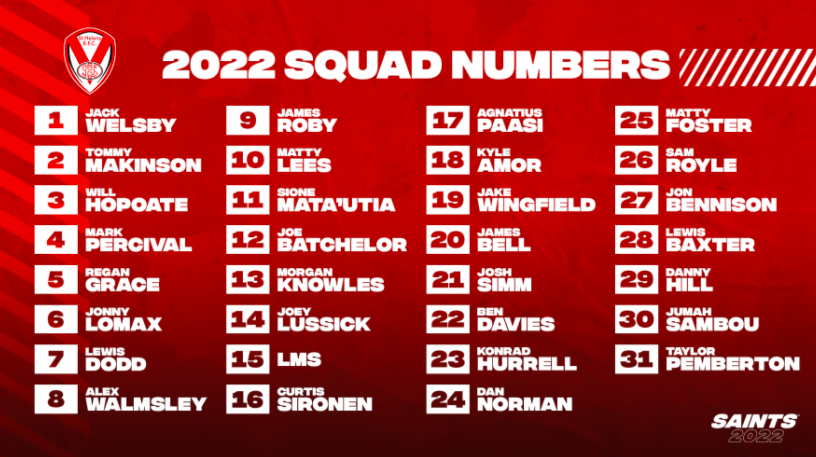