Mickey Higham reaches a magnificent milestone tonight when he takes to the field for Leigh Centurions against Huddersfield Giants.

It will be the hooker’s 500th career appearance, spanning four different clubs over the space of 18 years.

For England and Great Britain, he made four appearances for both from 2004 to 2009.

A Grand Final victory at St Helens against Bradford Bulls in 2002 will rank high in Higham’s achievements, and it came just a few years after making his professional debut for Leigh in 1999.

Higham also got his hands on the Challenge Cup at Wembley in 2010 while playing for Warrington Wolves.

Players and fans alike have taken to social media to congratulate Higham on his superb landmark. 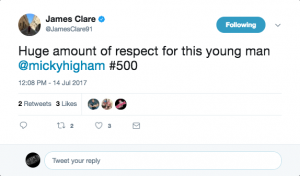 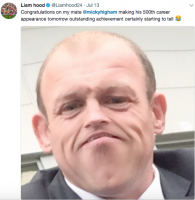 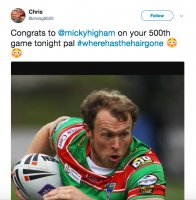