Sky Sports does a lot of things right for rugby league.

Its broadcasting deal is incredibly important for the sport, enabling clubs to spend the salary cap and keep their heads above water in the modern day.

In terms of fixtures being broadcast, Thursday and Friday nights take precedence with the odd game being covered on Saturday nights as well as bank holiday games.

However, Sky Sports has come under fire in the past day for displaying some mistakes on club badges on the background of Sky Sports pundit Jenna Brooks.

Eagle-eyed viewers noticed the errors with Catalans Dragons before Castleford Tigers alphabetically with the Tigers’ badge on a white background instead of the correct black background.

Wakefield Trinity were also before Salford Red Devils alphabetically, but perhaps the biggest error was that of the Leeds Rhinos badge.

Sky Sports had, in fact, used the logo of the Leeds Rhinos netball team instead of the rugby league side, prompting the sport’s fans to point out the error on social media. 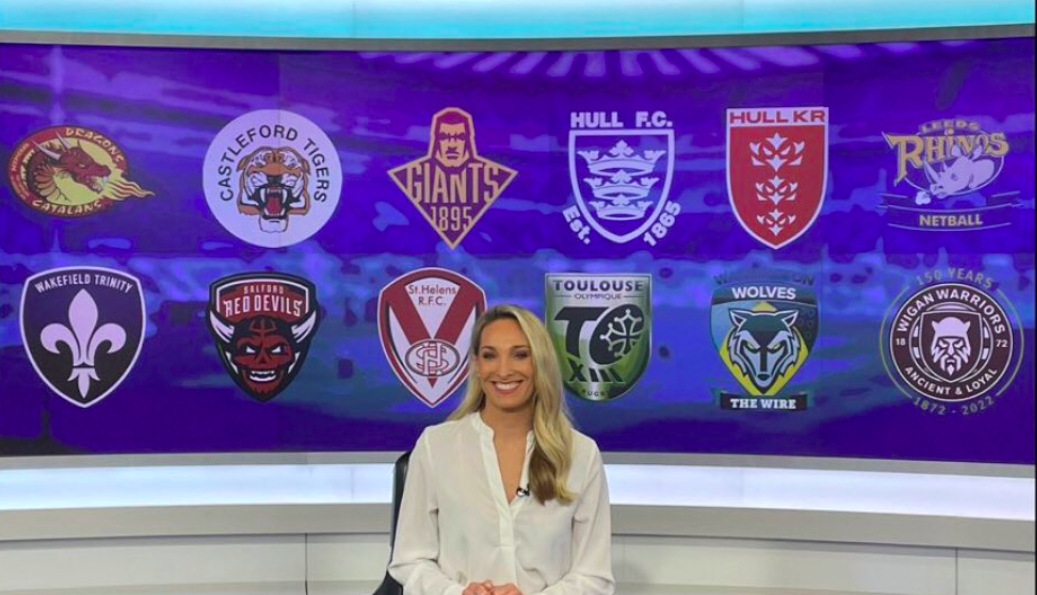 Meanwhile, the latest picks on Sky Sports have been announced with four teams to be broadcast in Round 23 and 24 and then three for Round 25 with a French derby an exciting fixture for the latter.