For some reason, abuse in rugby league has become a much bigger issue in recent months.

Referee Chris Kendall was targeted by a vile death threat following the birth of his child whilst Warrington Wolves winger Josh Charnley was hit with a death threat after his side’s defeat to Hull KR earlier in the season.

His teammate, Robbie Mulhern, was targeted on social media after describing his switch from a meat-based diet, but now it’s the turn of Sheffield Eagles man Izaac Farrell.

The former Huddersfield Giants academy halfback, Farrell turned out for Sheffield Eagles in their 34-24 win over Widnes Vikings, but it seems not everyone was a fan of that victory – particularly Widnes fans.

And, one made their feelings well known to the Sheffield man with messages such as: “You absolute to**er can’t stand you ye fat p*ick.”

I think this guy isn’t a fan of my playing style🤣🤣 pic.twitter.com/Yh8Ucfrc0f 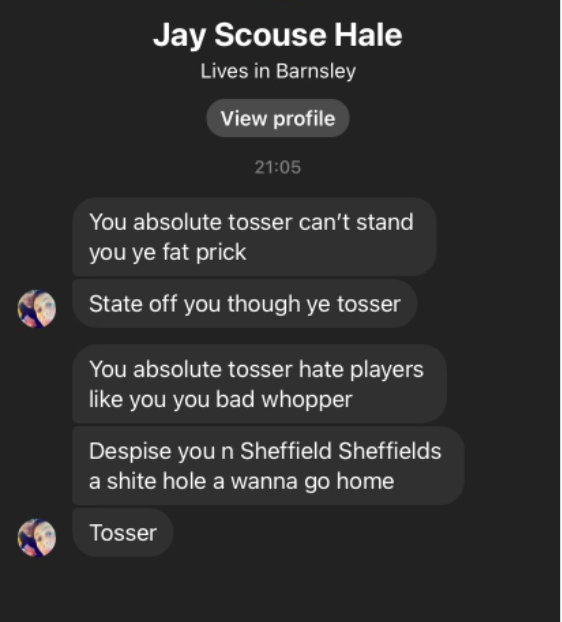 Where has it come from that it is acceptable to send vile messages like these over social media to a player that is just doing his job?

Bans for life should be issued from stadiums as well as social media when words like this are sent across to somebody else.