Sam Powell and Liam Marshall have been training together in preparation for pre-season.

Whilst Marshall’s Wigan contract lasts until the end of 2023 – with the winger having signed a new deal last summer – Powell’s ended at the end of 2021.

However, it has been touted that the hooker has signed a new deal at the DW Stadium, though it has yet to have been announced by the Wigan club.

And, both Powell and Marshall looked in good shape ahead of the return to what most rugby league players call the most gruelling period of the year – pre-season.

The duo were training at Force Wigan in their home town as they aim to inspire the Warriors to a better campaign in 2022.

Following a fourth-place finish and an exit from the Super League play-offs at the first time of asking, Wigan parted company with head coach Adrian Lam after three seasons in charge.

Matt Peet has taken over as head coach, whilst Lee Briers has moved from the Warrington Wolves to become assistant coach alongside Wigan legend Sean O’Loughlin.

Shaun Wane, meanwhile, has been appointed into a leadership role behind the scenes as chairman Ian Lenagan and general manager Kris Radlinski attempt to rebuild and rejuvenate Wigan. 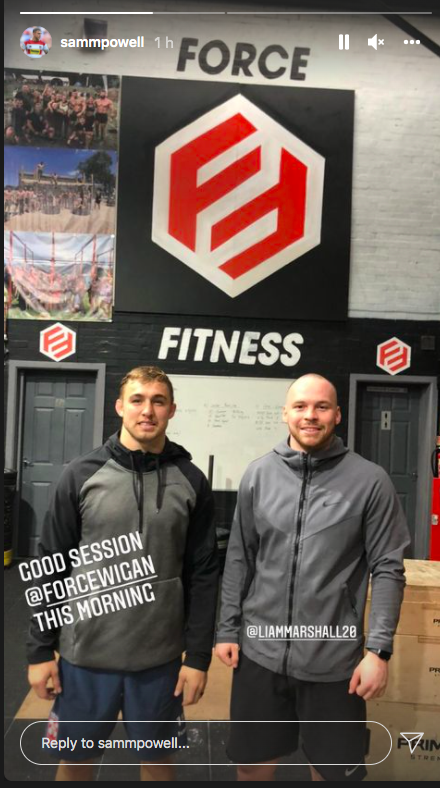