Sam Burgess has once more jetted off, with the whereabouts unknown.

The former South Sydney Rabbitohs enforcer had been in the UK for former St Helens star Mark Flanagan’s testimonial dinner alongside Jamie Peacock and Adrian Morley, which has led some to suggest that he is merely heading back home to Sydney.

Burgess had returned home to Sydney almost a fortnight ago from a month in Thailand after spending time there with friend and Hollywood director Russell Crowe.

Burgess will coach the Orara Valley Axemen next season, and, though he has been named as the boss, there have been calls for the 32-year-old to return to the pitch.

Friends say Burgess’ appointment in Group 2 is a small yet significant step toward his ultimate goal of coaching in the NRL.

It would be a sensational move for the 32-year-old who has been in the news recently for winning the reality TV show SAS Australia as well as being cleared for domestic abuse allegations claimed by ex-wife Phoebe – who is currently in the process of changing her name.

Burgess was seen snapping a photo of a plane and the caption: “off again”. 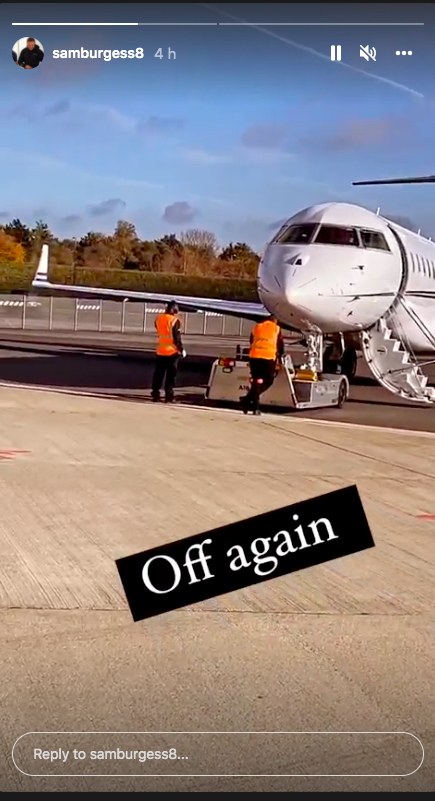