We have a full programme of Super League games today with one exception, St Helens trip to Huddersfield has been postponed due to Huddersfield Town being in the play-off final at Wembley.

There are the inevitable calls from around the Rugby League family that their decision to play the game is unfair as all other sides have to play two games over this bank holiday weekend.

They may of course have a point,  Warrington and Castleford (who play Huddersfield and St Helens on Sunday) will be recovering from two games in four days whilst the Giants and Saints will have had over a week off.

But in my opinion what’s really unfair is that anyone has been made to play two games in four days. It’s only seven weeks since they did it over Easter and instead of listening to calls over scrapping the Easter schedule, what the RFL have actually done is go the other way.

Games on Easter Monday are often turgid affairs between two very tired sides, at least the temperatures are usually low over Easter, last week the players were playing in hot conditions which can increase recovery time.

There’s no way the players should be made to go again today, Mark Minichiello has already criticised the lack of regard for player welfare and top coaches like Daryl Powell have also criticised the schedule.

Minichiello has called for players to have more of  a voice over issues like this and he has a point as his Hull side get the real short straw of a trip to the South of France later today.

The reason we have this is because the season started a week later due to the proposed England trip to Dubai at the start of the season, which was inevitably cancelled anyway, and we had to fit an extra game in. So non-England internationals started the season a week later and are then made to play twice in four days.

I think players and coaches accept the Easter programme as it’s part of our great games tradition but this is a step too far. I’m all for doing all we can to help the England side, especially in a World Cup year, but there has to be another way.

If Wayne Bennett wants to take his players to Dubai then so be it but the dates have to be reasonable, and let’s not forget the England players travelled around the world, missing a Super League game, to take on Samoa three weeks ago.

Now back to the Huddersfield decision to switch their game today citing the clash with Town’s trip to Wembley.
Whatever the real reason for the switch, the play-off final does seem rather convenient, you can’t blame Huddersfield for putting player welfare first.

There’s an available date that is suitable for both sides on a cup weekend  so this would be a no brainer for me.

Saints would have jumped at the chance to switch, for all they would have had an extra day to prepare they had a gruelling energy sapping game against Wigan only four days ago and their Easter Monday record after the Good Friday Derby is inconsistent to say the least.

I suppose the real question is should the RFL have allowed the clubs to switch, I’d turn that around and say why shouldn’t they?

It’ll be played on a date pre-agreed between both clubs, they have a free weekend due to both being out of the Challenge Cup, and I’m positive the Giants and Saints would rather be playing today and then again in the quarter-final of the Challenge Cup in three weeks time. 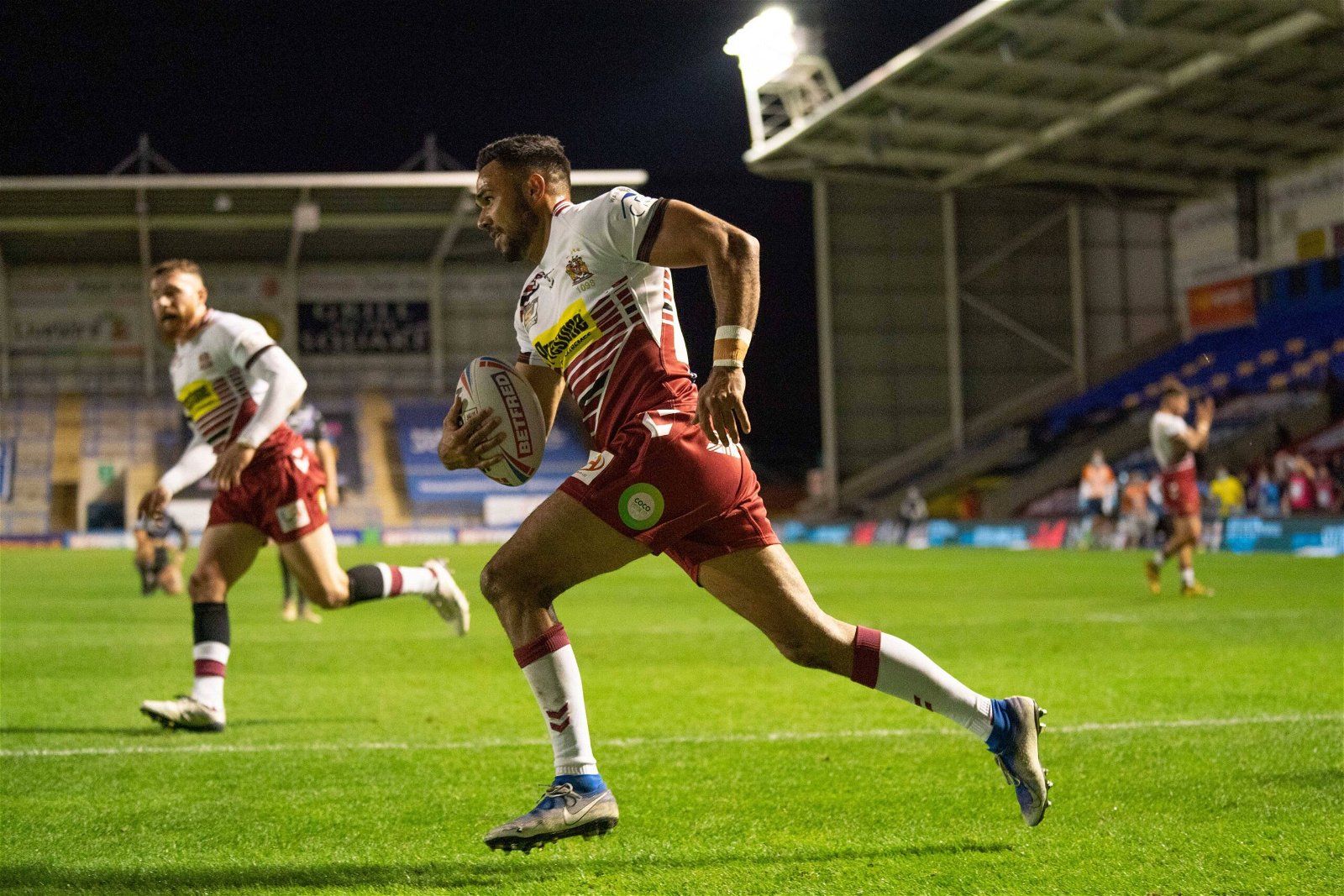 There’s no doubt both clubs will have a big advantage next weekend but you can’t have one rule for one, if this was a one fixture weekend we would have no problem with a fixture switch given that  30,000 will leave Huddersfield for North West London, and opportunism or not you have to be consistent.

Whatever the circumstances, Wigan were allowed to switch their game against Widnes back in February with only a few days notice, the right decision as it ended with agreement (and a lot of compensation) between both clubs and that’s what we have here.

If two teams agree to it you can’t really stop them, as long as the fixture is played well in advance of the last game of the season, and I certainly have no problem with  this.

My problem is more with the five games that are taking place today than with the one that isn’t.

why couldn’t the match be played on Sunday the 29th at Huddersfield as it would not have affected the matches played at Blackpool. Another mistake by the RFL.