Savelio on his way home

Brisbane Broncos forward Andre Savelio could be set to return to Super League, report League Express. The former St Helens, Warrington and Castleford back rower is entering his second season with the Broncos but is yet to make an NRL debut after spending last year on the side-lines with a knee injury.

Reports now suggest, however, that Super League clubs have been alerted to the 23-year-old’s availability and that a mid-season move isn’t out of the question. He is still young with plenty of potential and so could be a very handy pickup for a number of sides.

After Widnes were saved from extinction last week, they are set to receive further help from Super League clubs to cut their losses in terms of playing squad. The Vikings were forced to let go of three players – Krisnan Inu, Wellington Albert and Adam Tangata – but are set to bring in some loan signings to bolster their squad.

Keiron Purtill still has a squad of 25 players, however most are still young and inexperienced, while star fullback Olly Ashall-Bott is still injured. Players like Wakefield’s Jordan Baldwinson and Warrington’s Luis Johnson are just two names that have been mentioned as potential incomings.

On the flip side, the released Widnes trio are all reportedly in the process of completing moves elsewhere. Wellington Albert is set to be the first to sign for a new club, with numerous reports suggesting he is on his way to Leeds.

On a side note currently open to all opportunities. To any teams out there looking for a powerful prop, 108kgs of pure steel, hardworking with a great attitude don’t hesitate to send me a message #RFLFreeAgency #no1draftpick ?

Krisnan Inu hasn’t been directly linked with anyone yet but is believed to have plenty of suitors looking to fit him under their salary caps. Adam Tangata’s serious injury sustained against Toronto means he’s not on any club’s wishlist just yet. Former club Halifax, however, have said they will support him during his rehab, so it wouldn’t be surprising if he made a playing return to The Shay.

Ryan on the radar

A number of Super League clubs are reportedly keeping tabs on Bradford Bulls star Ethan Ryan. The Ireland international has long been considered one of the biggest talents outside of the top flight but could be set for a move in 2020 should the Bulls fail to be promoted.

Ryan almost joined Leigh ahead of the 2018 season but chose to stick with the Bulls when the Centurions were relegated. Since then he’s been in prolific form, taking his try total to 73 in 72 games. A number of top clubs are keen on his signature, however he may stay loyal to Bradford as he did two years ago. 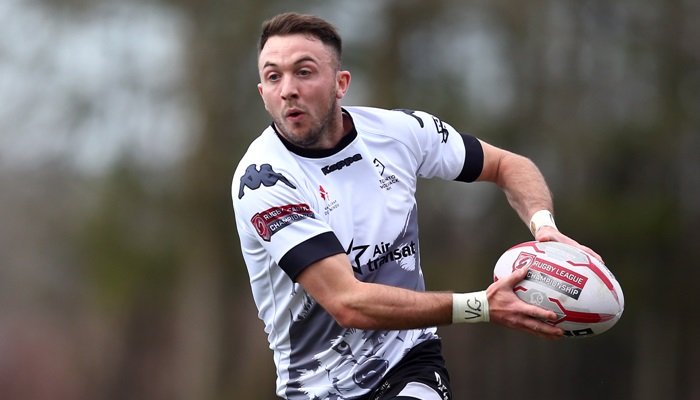 Salford Red Devils are still looking to sign Ryan Brierley, despite the former Leigh halfback making his first appearance of the season for Toronto at the weekend. Brierley has been behind Joe Mellor, Blake Wallace and Josh McCrone in the Wolfpack pecking order this year but was recalled for Sunday’s win over Dewsbury.

The Red Devils have been trying to get a deal done for the past few weeks but are reportedly struggling for transfer funds, according to coach Ian Watson. The club only have a squad of 25, while six players, including star Jackson Hastings, picked up injuries against St Helens on Thursday. A deal for Brierley would significantly bolster Watson’s options and provide extra competition in the halves.