Titans to flock to Super League

While St Helens coach Justin Holbrook will move to Gold Coast at the end of the season, he is set to let a number of his new players come in the other direction. The underperforming Titans are planning a mass clear out which will see several players seek moves to the UK.

The biggest name rumoured with a move is powerful forward Leilani Latu (above) who, despite having huge potential, has failed to live up to his billing at the club. Outside backs Brenko Lee and Dale Copley, halfback Ryley Jacks and back rower Will Matthews are among the other on the outer. No clubs have been directly linked with the five players yet, however they are all likely to attract suitors.

Toronto are keen on bringing rugby union star Danny Cipriani to rugby league, according to League Weekly. The Wolfpack have reportedly approached the 31-year-old about a potential code-switch and want him to join them for the 2020 season. 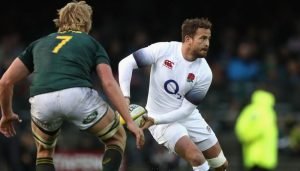 Cipriani has 16 caps for England in the 15-man code, having also played club rugby for Wasps, Sale Sharks, Gloucester and Melbourne Rebels. He has often been prised for his superb natural skill and expansive playing style which, many believe, would be well-suited to rugby league. 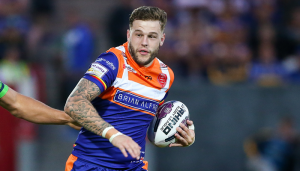 York and Newcastle are understood to be competing for the signature of former Hull KR outside back Thomas Minns. The 24-year-old was released by Rovers last week after recently re-joining the club on completion of his 16-month drugs ban, but is continuing to recover from a broken foot he sustained in one of his first training sessions back.

Next season, however, he will be raring to make his comeback and is likely to have numerous offers on the table. Among them are the City Knights and Thunder – two clubs with arguably some of the biggest ambitions in the game. Both sides have been making waves in their respective leagues and the transfer market, and are hoping to make Minns their latest high-profile recruit. 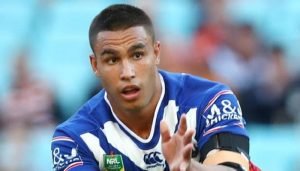 We reported last week that Newcastle Knights hooker Danny Levi was weighing up a move to Super League. Well now it seems a another NRL number nine could be set to make the switch. Canterbury Bulldog Michael Lichaa is likely to be cast out in favour of Manly rake Api Koroisau next season and is understood to be considering a transfer.

Now like Levi, he will likely have NRL offers, but could be swayed to choose Super League. Again, most top-flight teams are already settled in his position but he could prove a handy addition to add competition.

Warrington Wolves are set to secure the signing of Swinton Lions flyer Matty Ashton, according to League Express. The 21-year-old has emerged as one of the Championship’s hottest prospects since bursting onto the scene this year, scoring 23 tries in 21 games after signing from Rochdale Mayfield at the start of the year.

He signed a new contract with the Lions just last month but is now close to making a move to the Halliwell Jones Stadium, with Wire set to pay a fee as part of the deal. He would become the Wolves’ fourth signing for 2020, following Gareth Widdop, Anthony Gelling and Keanan Brand. 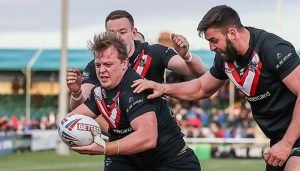 London cult hero Eddie Battye is likely to stay in Super League next season even if the Broncos are relegated, report League Express. The 28-year-old has attracted a number of admirers this season with his no-nonsense approach to playing and will have several offers on the table at the end of the year.

At least two Super League clubs are reportedly interested in the Yorkshire-born prop, who has become a key figure in Danny Ward side in recent years. It would be a big blow if the Broncos were to lose him, especially with the capital club already set to lose at least five of their senior players.