Several reports in Australia and the UK are suggesting Canberra Raiders scrum-half Aidan Sezer (above) could be close to a move to Huddersfield Giants. The 28-year-old is out of favour at the Green Machine and is set to be released following the signing of George Williams.

Giants coach Simon Woolford is keen to make changes to is halves after an underwhelming 2019, with Aussie half Matt Frawley likely to be the man to make way for Turkey international Sezer.

On the back of their Challenge Cup heroics, Halifax could be set to make their first high profile signing for 2020 in the shape of Catalans winger Jodie Broughton. We revealed a few months ago that Broughton had bought a house in the area and was looking for a move back to the UK, with a move to Simon Grix’s side now seeming likely.

His three years in the South of France have been plagued by knee and bicep injuries – the most recent meaning he is likely to miss the rest of this season. He is now reportedly looking to pursue his career as a quantity surveyor on a full-time basis, continuing playing rugby league with part-time ‘Fax.

Brown still mulling over his future 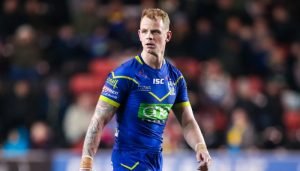 Warrington stand-off Kevin Brown is still yet to make a decision on his future, despite being without a club for next season. The former England international hasn’t featured for the Wolves this year after rupturing his achilles in pre-season and with Gareth Widdop joining the Wire in 2020, he’ll likely be allowed to leave.

At 34 years-of-age, retirement is obviously an option, however there are still a number of sides that would take a punt on Brown. One of those is Salford, who are looking to solidify their halves for next season and could bring Brown in as a direct replacement for Wigan-bound Jackson Hastings. 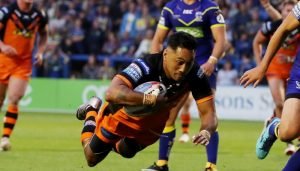 Newcastle Thunder are soon to announce the signing of Quentin Laulu-Togaga’e, Kieran Gill and Bob Beswick, according to the Guardian’s John Davidson. Thunder are still in contention for promotion to the Championship and are looking to boost their squad as we reach the business end of the season.

QLT left Halifax earlier this week and has been strongly rumoured with a move to the north. Castleford youngster Gill is currently on loan but is expected to sign permanent terms, while Beswick is likely to be pushed out at Toronto, especially if they are promoted.

Hull KR and Catalans are among the clubs interested in Toronto outside back Nick Rawsthorne, report League Express. The 23-year-old is off-contract at the end of this season and is due to be offloaded by the Wolfpack in favour of a big name signing.

He has a prolific record at the Wolfpack, scoring 24 tries in 32 games, while his versatility across the back-line makes him a superb asset. Both KR and the Dragons are close to completing their squads for 2020 but will both still make additions before then.

Despite signing Aussie halfback Brock Lamb this week, London are still keen on bringing in two more players before the August 9th transfer deadline. That’s according to Guardian reporter John Davidson, who believes Danny Ward is still looking to strengthen his squad as they look to avoid relegation. 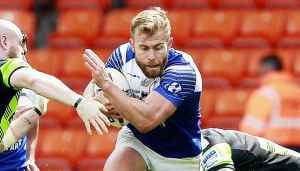 One name that has been rumoured is Toulouse Olympique forward Rhys Curran (above). The Australian-born back rower has been one of Toulouse’s most outstanding players in recent years, even gaining a call-up to the France international team. Speculation linking the Broncos to Castleford outside back Tuoyo Egodo has also intensified, however that move is unlikely to happen before the off-season.