Leeds in pursuit of halves duo

Leeds Rhinos are looking to tie up a double swoop for Salford halves Rob Lui and Jackson Hastings, according to League Express. Hastings has been strongly rumoured with a move to Headingley over the past few weeks and could be close to signing, with the contract length the only stumbling block. The Rhinos have tabled a three-year deal, however Hastings wants a shorter contract allowing him to move back to the NRL should the opportunity arise.

The Lui deal is slightly more complicated. It is believed his move to Leeds would be part of a transfer merry-go round that would see Junior Vaivai move from Hull KR to Toulouse, Matt Parcell to KR and Shaun Lunt to Leeds, as well as several other switches. This is all do with clubs freeing up overseas quota spaces to accommodate for new arrivals.

FC to tie up forward trio

Hull FC are set to bolster their forward pack next season with the signings of three NRL players. Veteran back rowers Alex Glenn and Joel Thompson have both been strongly rumoured with the Black and Whites for some time now, while 26-year-old Tongan forward Tevita Satae has now also been linked.

Lee Radford is keen to increase his options in the forwards, especially as he may lose two key players. Dean Hadley is set to move to cross-city rivals Hull KR next season, while Mark Minichello is due to retire at the end of 2019. 30-year-olds Glenn and Thompson would serve as direct replacements, while Satae would add significant depth to the front row. League Express are also reporting that FC are leading the race for their former player and current Wests Tigers outside back, Mahe Fonua.

With Kallum Watkins making the move to Gold Coast, the Titans are looking to offload two of their own outside backs to accommodate him. Experienced centre Dale Copley and former Canberra winger Brenko Lee are believed to be the outgoing duo, with Super League moves potentially on the cards.

Both will likely garner interest from Castleford, who are also close to confirming a deal for Cronulla winger Sosaia Feki, while Hull KR, Wakefield and Toulouse may also make bids. As for the Rhinos, their newly freed cap space will be used to invest in a new halfback, with teenage prodigy Harry Newman stepping into the captain’s shoes.

With Toronto so far living up to their billing as promotion favourites, the Wolfpack have a number of irons in the fire in terms of recruitment. The club have insisted there are some big names on the way already, including one from rugby union, so it will therefore come as no surprise that they are relying heavily on the NRL to strengthen for 2020.

Among those targeted are Cronulla forward Kurt Capewell and Wests Tigers veteran Chris Lawrence. These two are among a number of second rowers on a shortlist that also includes Jamie Buhrer and Brad Takairangi of Newcastle and Parramatta respectively. Manly winger Jorge Taufua is another name that has been rumoured with a move to Canada, as he is out of contract with the Sea Eagles at the end of this year.

Four out at London

Second rower Jay Pitts is the latest London Broncos player to sign terms with another Super League club, report League Express. Pitts has been with the capital club since 2017, making over 80 appearances, but is reportedly keen on returning home to West Yorkshire. 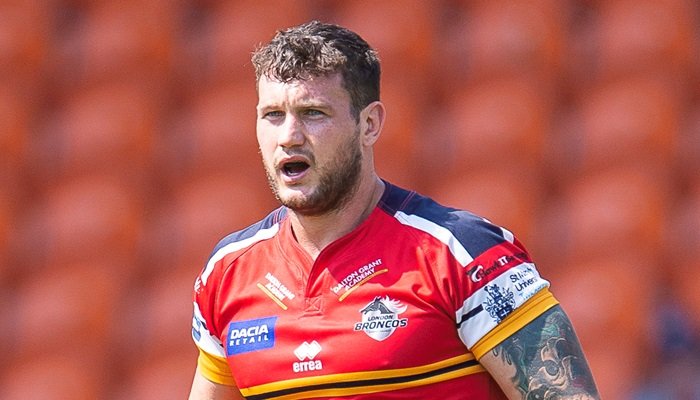 He becomes the fourth player to be rumoured with a move away from the Broncos in recent weeks. Alex Walker is reportedly close to signing with Wakefield, Jordan Abdull is set for a move to Hull KR and Rhys Williams has been linked with Salford. All four have been key in the Broncos’ fight for survival this season so their departures would be a big blow to Danny Ward’s side, especially if they stay in Super League.