England international forward George Burgess has reportedly been in contact with Brisbane coach Anthony Seibold over a potential transfer to the Broncos. The Bradford Bulls product is believed to have made the enquiry in an attempt to alleviate salary cap pressure on his current club, the South Sydney Rabbitohs.

A move to Suncorp Stadium would see Burgess link up with his former coach, after Seibold swapped clubs with Wayne Bennett ahead of this season. It’s not completely inconceivable either, with Brisbane still yet to adequately replace Australian international Josh McGuire, who moved to North Queensland Cowboys over the winter.

Barba back to SL? 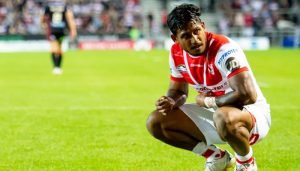 After Ben Barba was sacked by the North Queensland Cowboys last week following an alleged assault in a casino, the big question on every UK fans’ lips was ‘will he be back in Super League?’ With this being his second club sacking, he’s the NRL’s ultimate unwanted man and so has very limited options as to where to pursue his playing career.

Despite a stellar season with St Helens last year, that also saw him win the Man of Steel, the RFL confirmed this week that they will respect the NRL’s decision on whether or not to ban Barba, effectively ruling out a Super League move. His most likely path would now be a move into a different sport, such as rugby union or Australian Rules Football, should the respective governing bodies allow it.

NRL winner on his way?

Reports are circulating that 2014 NRL Premiership winner Kyle Turner has been offered to a number of Super League clubs. The 26-year-old is significantly out of favour at the South Sydney Rabbitohs, featuring just once for them in 2018 and spending the rest of his campaign with their feeder side, North Sydney Bears.

Turner is a rangy second rower that came through the Bunnies’ academy and has over 70 NRL appearances to his name, so would make a handy addition to a number of Super League clubs. Hull FC, London and Castleford are all believed to have taken an interest, but salary cap restrictions may hinder any possible move. 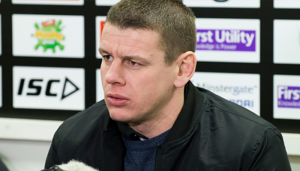 Winger Ratu Naulago will continue his development at Hull FC, with Lee Radford confirming he is still keeping tabs on the trialist. The Fijian has been part of the Black and Whites’ pre-season squad and has impressed Radford with his attitude and ability.

Having a rugby union background with the Armed Forces and Saracens, Naulago is still very raw and will likely play for FC’s reserves squad initially, with hope of pushing for a first team place. There’s certainly potential there, with consecutive tries against Doncaster and Wakefield in pre-season earning him praise, so it will be interesting to see the progress he makes.

Free agents still on the lookout 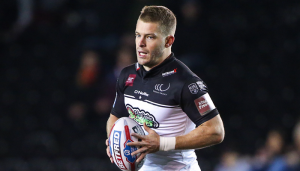 With the Super League and Championship seasons both now underway, most teams have all but finalised the squads they’ll play with in 2019. Should any want to strengthen, however, there are still a number of high-profile free agents without clubs that could prove to be handy pickups. Here’s five of the biggest names:

Rhys Hanbury – released by Widnes following their relegation. Has over 200 Super League appearances to his name.

Charly Runciman – quality centre also released by Widnes. Has returned to Australia but could still be open to a move back to the UK.

Sam Hopkins – former Leigh, Wigan and Toronto prop. Released by the Wolfpack ahead of 2019.

Mitch Brown – released by Warrington. Versatile outside back that impressed for the Wolves last season.

Chris Clarkson – currently on trial with Castleford but yet to sign a contract.