Leeds captain Kallum Watkins is considering options in the NRL, according to The Mole. The Rhinos are reportedly trying to reduce his salary on the back of his recent injury troubles, despite him being among the club’s highest earners.

The 28-year-old signed a new deal just over a year ago but could be set to walk out on the club that gave him his professional debut. Before his injury Watkins was considered one of English rugby league’s hottest prospects and so shouldn’t be short of suitors in Australia.

UPDATE: Leeds have since confirmed that Watkins will leave the club at the end of the season. Read the full story HERE.

Meanwhile, League Express have reported that Leeds have signed Huddersfield Giants forward Alex Mellor (above) for 2020. Serious About RL previously reported that Mellor was the subject of interest from a number of Super League clubs, but it seems as if the Rhinos have won the race for him.

Catalan Dragons have set their sights on recruiting St Helens stand-off Théo Fages. The 24-year-old has yet to sign a new deal at the Totally Wicked Stadium and has since garnered interest from both Super League and the NRL.

The Dragons are looking to bring some stability to their halves next season, after using six different combinations already this year. And after a blistering 2019 so far, Fages has emerged as their top target. After spending the past six years in England with Salford and St Helens, the French international could well be tempted to return to his home country. 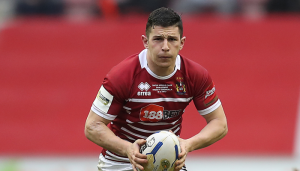 Wigan fullback Morgan Escaré is reportedly looking for a release from the club. Despite some impressive performances last season and being handed the number one shirt ahead of 2019, the 27-year-old has found himself behind Zak Hardaker in the Warriors’ pecking order and has managed just six appearances so far this year.

His desire is to return to France with Catalans, however the Dragons aren’t likely to be interested with both Tony Gigot and Sam Tomkins on their payroll. Hull KR could be his best option in the domestic top flight, while he could even look for a move to an Australian feeder club.

While the Warriors may be set to lose one of their backs, they could be set to pick up a new forward. Gold Coast Titans prop Max King has been offered to the Cherry and Whites and could be recruited as a direct replacement for Gabe Hamlin, who is still awaiting the outcome of his UK anti-doping violation.

King is the second NRL player to be strongly linked with Wigan in the past month, with North Queensland Cowboys back rower Corey Jensen also set for a move to the DW. Adrian Lam is keen to bolster his forward pack for next year, so a double NRL swoop would be a handy bit of business.

One in, one out at Cas 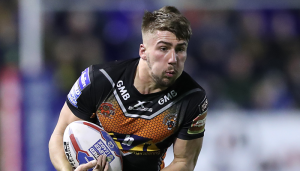 Castleford outside back Greg Minikin has agreed to sign for Hull KR next season, according to League Express. Minikin is out of contract at the end of this season and despite being offered a new contract with the Tigers, has chosen to move on to the East Hull club.

League Express are also reporting that the Castleford are chasing Salford forward George Griffin, who is one of a number of Salford stars yet to sign a new contract. The Tigers are set to lose Mitch Clark, Will Maher and Chris Clarkson, so Griffin would be a welcome addition to Daryl Powell’s side.