Robert Lui will be a Hull KR player next season, according to League Express. The Robins have been in hot pursuit of the 29-year-old for a while now, and have reportedly got their man, with Lui due to sign ahead of 2020.

It will be welcome news for KR fans, with none of their senior halfbacks yet signed up for next year. Danny McGuire is retiring, Chris Atkin has turned down a new deal and Josh Drinkwater is out of contract. Lui’s signing will hopefully give Rovers some momentum in the transfer market, with the club keen to secure him a halves partner as soon as possible. 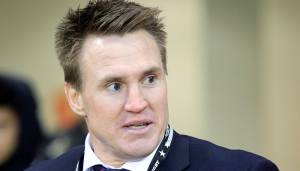 A number of top clubs are interested in bringing in former Halifax coach Richard Marshall. The 43-year-old left ‘Fax last week after the club confirmed his contract wouldn’t be renewed for next season.

One potential destination could be Super League strugglers Hull KR. After losing their last three league games, the Robins sit 11th in the league, while speculation is still rife that Tim Sheens could be set for a return to Australia. Marshall could be lined up as a potential replacement and has a good track record of success with a team on a lower budget.

With Marshall gone, Halifax have already turned their attentions to a potential replacement. Near the top of that list is believed to be Leon Pryce, who also left Workington Town last week. The 37-year-old wants to stay in coaching but is believed to be keen to manage a side closer to home.

Halifax would certainly be a step up from Pryce’s former Cumbrian outfit and would provide him with a good new challenge. Another man linked with the job is former Wakefield captain Jason Demetriou. He is currently assistant to Wayne Bennett at South Sydney and so could be tough to tempt to the UK. 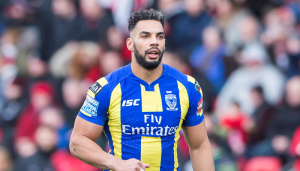 League Express are reporting that Ryan Atkins could be set to leave Warrington in the very near future. Despite retaining the no.4 for an eighth consecutive season, Atkins has found himself behind both Bryson Goodwin and Toby King in the Wolves’ ranks this season, while rugby union centre Luther Burrell is also set to join up with the squad soon.

One club that could be interested is Atkins’ former club Wakefield, with whom he played over 90 games 2006 and 2009. Despite recently re-signing Mason Caton-Brown, Trinity are still light in the outside backs, especially after losing Joe Arundel to a pectoral injury last week. Atkins, 33, would add plenty of experience and quality to Chris Chester’s side, whilst also significantly boosting his squad depth. 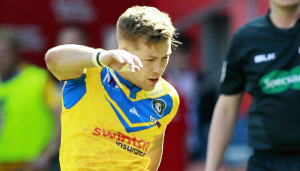 Hull KR halfback Chris Atkin could soon be on his way out of the club. There has been plenty of speculation about his future, after he recently fell down Tim Sheens’ pecking order and is yet to agree a new contract with the club.

Wigan were one club rumoured to be interested in Atkin, however, they already have at least five halfbacks contracted for next season. League Express have also reported that two clubs are set to speak with him once the negotiation window opens this Wednesday, May 1st.