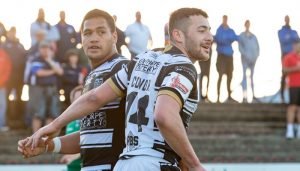 Leeds Rhinos have made a huge move for Hull FC star Jake Connor, according to League Express. The Rhinos reportedly offered around £500,000 for Connor, but were abruptly turned down by the Black and Whites.

Leeds are thought to be in the market for a halfback after their poor start to the season and had billed Connor as a top target. Their attention, however, has now turned elsewhere after their bid was rejected, with the Rhinos now assessing their other options in terms of recruitment.

Former Huddersfield, Leeds and Warrington coach Tony Smith is the latest name being tipped to take the reins at Wigan from next season, report League Weekly. After the Warriors confirmed that Shaun Edwards won’t be coming in as planned, speculation has been rife about who will be in charge at the DW Stadium in 2020.

Trent Barrett was being lined up as a possible target but is now set to join the coach staff at St George Illawarra Dragons, while current boss Adrian Lam is an obvious favourite to extend his current contract. Smith, however, is still a strong contender and could even come in as Director of Rugby to work alongside Lam.

Featherstone Rovers hooker Cameron King is set to remain at the club for the foreseeable future. The 27-year-old has reportedly garnered interest from Australia, but had insisted he is happy in West Yorkshire. 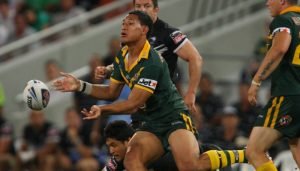 Warrington Wolves Chief Executive Karl Fitzpatrick has insisted the club has no interest in signing Isreal Folau, according to League Express. The controversial dual-code star had been linked with a potential move to the Wolves after having his Australia Rugby Union contract terminated because of a series of homophobic social media posts.

Huddersfield Giants are looking to tie up their squad for 2020, report League Express. The Giants only have Michael Lawrence and Alex Mellor off-contract at the end of 2019 and with both set to sign new deals, the club are ready to start strengthening for next year.

Head coach Simon Woolford will still be looking to dip into the transfer market ahead of next season, but won’t be making many drastic changes to his side. Having secured almost all of his current playing squad for next year, Woolford is scouring the market for players who will make subtle changes to his side, but not upset the whole makeup of the playing group.