Sydney Roosters have stepped up their pursuit of Featherstone hooker Cameron King. The Mole revealed last week that the Roosters had approached King about a move back down under to act as backup to captain Jake Friend.

They are now, however, even more desperate to sign the 27-year-old after losing Friend for at least two weeks with a wrist injury sustained against Parramatta Eels on Friday. King is currently reluctant to leave Rovers and intends to honour his contract with them, but could be tempted should the Roosters offer enough money.

Castleford are set to announce the signing of former Huddersfield Giants prop Daniel Smith, according to League Express. Smith was released by the Giants last week after not featuring for them this season and instead being loaned out to Championship club Featherstone.

The 26-year-old is keen to stay in the top flight and is reportedly in advanced talks with Daryl Powell’s side in the aim of resurrecting his Super League career. Featherstone, meanwhile, have been dealt another blow after Castleford recalled fullback Calum Turner from his loan spell with the club in order to play against Leeds on Thursday. 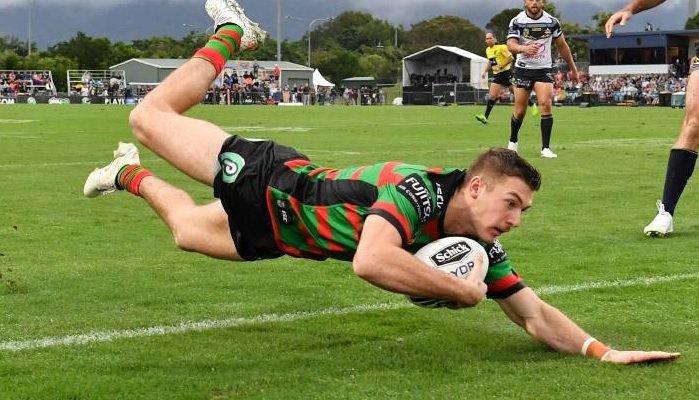 NRL.com reported over the weekend that South Sydney Rabbitohs winger Campbell Graham was considering making himself eligible for Great Britain. The 19-year-old’s father is Glaswegian, while his mother hails from Coventry.

Graham has previously represented Scotland and is already in favour with Lions coach Wayne Bennett at the Bunnies. He faces stiff competition from the likes of Ryan Hall, Tommy Makinson and Jermaine McGillvary but could be set for a shock inclusion.

Despite joining Leeds Rhinos on a one-month trial, Papua New Guinea prop Wellington Albert is still a target for at least two other clubs. The 24-year-old has been without a club since being made redundant by Widnes and was linked to the Rhinos for a number of weeks.

He now arrives at Headingley and has a month to prove he has what it takes to be part of Dave Furner’s squad. Leeds’ Director of Rugby Kevin Sinfield has, however, stated that there is no permanent agreement and that Albert “would be free to join another club at any point”. Toronto are another club who were linked with the giant forward and are believed to still be keen on his services.

Super League could have a mandatory reserve league as soon as 2020, according to League Express. The RFL have suggested plans for all clubs with a Category 1 Academy status – Wigan, St Helens, Warrington, Widnes, Castleford, Wakefield, Huddersfield, Bradford, Leeds, Catalans and the City of Hull Academy – to permanently run a reserve side.

Only two Super League sides currently run second string teams – Hull FC and Wakefield – as do lower league sides Bradford, Halifax and Keighley. A number of other clubs, however, have previously revealed they would be interested in the idea if an organised competition was in place. Leeds remain the only side fully opposed to the idea, but would likely be overruled should the decision go to a vote.