Rugby League World Cup 2021 has unveiled RugBee, the official tournament mascot who will be at every one of the 61 games of the men’s, women’s and wheelchair tournaments.

The competition to design the mascot opened in April, with more than 2,000 entries coming in from young fans as excitement continues to build for the biggest, best and most inclusive World Cup in the sport’s 127-year history.

After whittling down the extensive shortlist, two entries simply couldn’t be separated, and both were put forward to be part of the final design for ‘Rugbee’, who has today been revealed at Old Trafford, where the men’s and women’s finals will be played in a spectacular double header on Saturday 19 November.

“We were delighted to receive so many brilliant mascot entries, reflecting the enthusiasm and excitement that is continuing to grow for the tournament and it was incredibly difficult to whittle down the entries to the final two.

“The bee is synonymous with Manchester and to unveil RugBee in the city where we will host all three tournament finals feels like a really wonderful moment for Rugby League World Cup 2021.

“Bees are known for their industrious nature and RugBee will certainly be working hard throughout the tournament attending every single one of our 61 matches.”

The design for RugBee was inspired by entries from 9-year-olds, James Hanley from St Joseph’s Primary Academy in Halifax and Samuel Liptrot from Cavendish Community Primary School in Manchester.

They were informed of their success, alongside their excited classmates, during a school assembly with a video message from St Helens and England player Tommy Makinson, who is expected to be one of England’s key players during their World Cup campaign which kicks off against Samoa at St James’ Park on Saturday 15 October.

James and Samuel will receive two tickets to the men’s and women’s final double header at Old Trafford on Saturday 19 November, while they will also be able to take their classmates to another Rugby League World Cup fixture of their choice.

Dutton added:“We loved the concept of both of our winning entries and we simply couldn’t choose between them. Therefore, we decided that both would be put forward to become part of the final design.

“Our purpose at Rugby League World Cup has been to make a positive impact within communities and provide opportunities for people to get involved in, and discover, our wonderful sport. I hope that being able to offer James and Samuel and their classmates the opportunity to experience rugby league will inspire a love of the game that they take with them throughout their lives.

“James and Samuel should be very proud of what they have achieved and we look forward to welcoming them to Old Trafford for the men’s and women’s finals to see their mascot first hand on rugby league’s biggest stage.”

As a huge St Helens fan, finding out he had won the competition in a video message from one of his heroes, Tommy Makinson, was a huge thrill for Samuel.

Explaining the inspiration behind his design, Samuel said:

“Because I knew the finals were taking place in Manchester I thought it would be really fitting to have a bee and I thought it was something that would suit me and Manchester.

“I never thought I would win out of 2,000 entries, I was really gobsmacked. Being able to go to the final and being able to look at my mascot that I have created is just amazing.”

Jack Duffy, Community Engagement Officer for Halifax Panthers, who worked alongside James’ school in Halifax and a number of others in the area, to encourage entries to the mascot competition and raise awareness of the Rugby League World Cup 2021 said:

“To see the reaction of James and his classmates when they realised they were going to be going to the World Cup was just fantastic. For the children to see all the different nations taking part and to instil the values of the Rugby League World Cup through the competition was a great opportunity and one we really wanted local schools to be part of. We are incredibly proud of James and every student that took part.”

St Helens and England star, Tommy Makinson, added: “Well done to Samuel and James. Their designs were brilliant and I’m buzzing to see what the mascot will look like in person. Hopefully it will be a lucky charm for England and we will see you at the final at Old Trafford.” 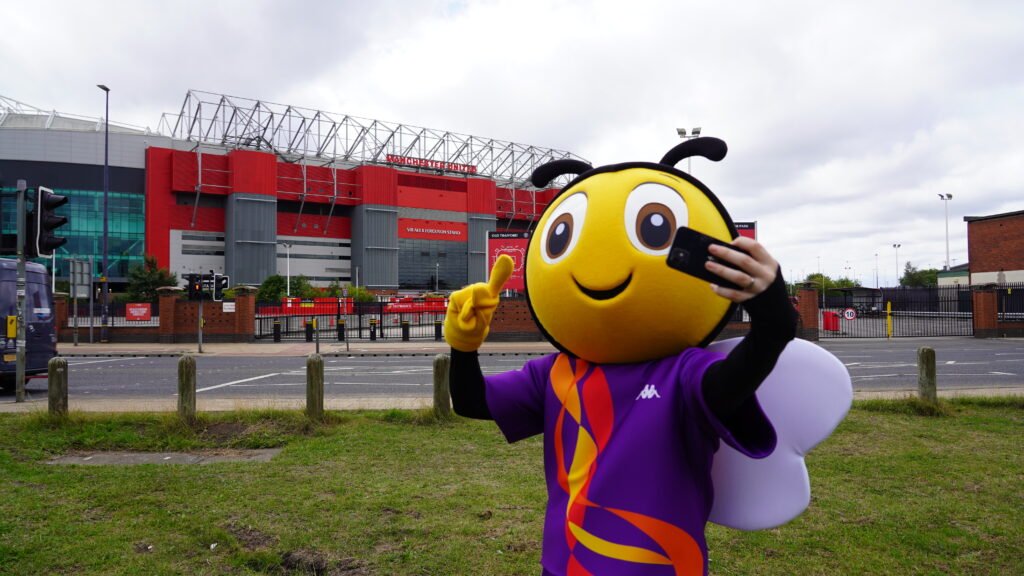 I am really excited about the RLWC 2022. With the Rugby league world cup in the United Kingdom, I will be watching matches live from the stadium.