It means that the tournament has broken yet more records on its way towards becoming the biggest, best and most inclusive tournament in rugby league’s history, with broadcast figures up until Sunday 6 November showing a domestic cumulative match average of more than 18.7million – making it the most watched Rugby League World Cup ever.

Every minute of every match to date has been broadcast live on the BBC, with England men’s quarter final clash with Papua New Guinea the first game to average over 1.5 million viewers in recording a peak of 1.7million viewers, a figure only beaten on the opening match of the tournament when a peak of 1.8 million tuned into see England beat Samoa.

In the women’s and wheelchair tournaments, which are running simultaneously with the men’s game for the first time ever, both England teams have also attracted big audiences with an average of 0.5 million viewers apiece, with England women’s game against Canada and England wheelchair team’s game against Australia proving to be the most popular matches so far with both reaching a peak of over 700,000.

The latest weekend of action was by far the biggest so far with a domestic terrestrial audience for Saturday and Sunday’s fixtures reach 3.7million, with digital and online figures bringing that up to 4.3 million.

The record viewing figures are being underpinned by record-breaking crowds for the sport too, with the attendance at the DW Stadium breaking the all-time record for a Rugby League World Cup Quarter-Final match as 23,179 people passed through the turnstiles in Wigan.

At the Copper Box Arena, the world record for attendance has twice been broken with 3,268 people in watching England’s Wheelchair team defeat Spain, increasing the record which was set just a few days before in the opening double header on Thursday 3 November. Similarly, the first game for England Women achieved the ambition of being the most attended women’s rugby league game in the northern hemisphere with 8,621 people making a great atmosphere inside Headingley Stadium as the home nation overcame Brazil.

Rugby League World Cup 2021, Chief Executive, Jon Dutton said: “As the tournament builds towards the latter stages, we can really see how the momentum is building with increasing audiences reflected in the latest update on broadcast figures.

“The coverage so far across the BBC and wider broadcast partners has been fantastic, and I’m really pleased with how we’ve been able to showcase the sport to dedicated rugby league fans as well as new audiences around the globe. 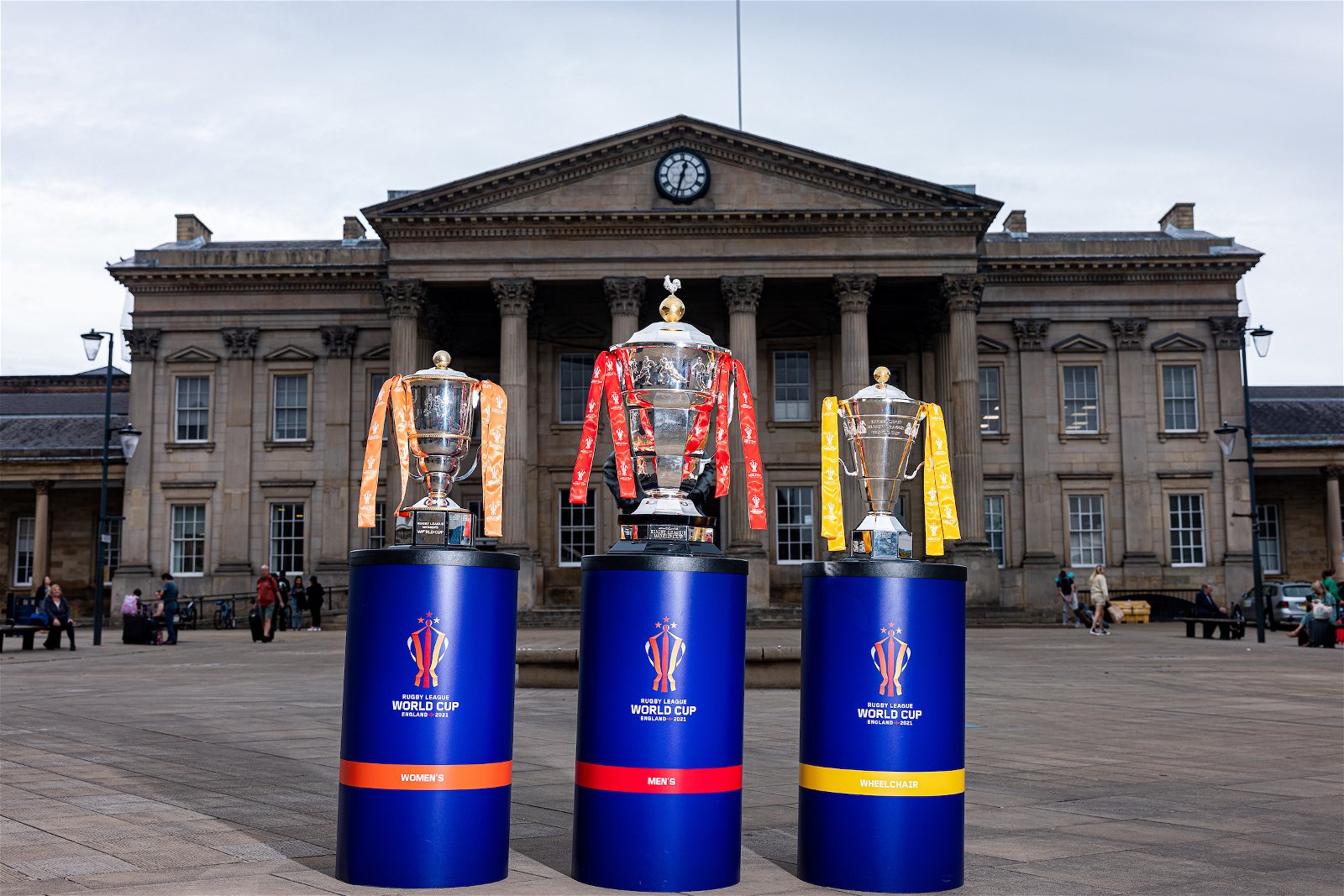 “My hope is that it brings new fans to sport rugby league across all three formats, and a personal highlight for me has been the popularity of the wheelchair tournament. Those close to the sport already knew how gripping it can be, but having seen the reaction and the audience figures as the group games have progressed has been incredible, with yet more to come.”