Jack Walker – remember the name. The 17-year-old fullback was a standout performer in Leeds’ 24-22 win over St Helens on Thursday, looking confident all night despite his young age. He was solid under the high ball and constantly probed in attack, injecting himself into the attacking line and always looking to create problems for Saints’ defence. With injuries to Ashton Golding, Liam Sutcliffe and Rob Burrow, Walker looks set for an extended run in the team and certainly did himself plenty of favours with his impressive display.

Fellow youngster Jordan Lilley also deserves a mention, after he did a stellar job filling in for the suspended Danny McGuire. He’s been on loan at Bradford all year but slotted back in effortlessly, combining well with Joel Moon and showing a real maturity in attack. Lilley’s another one that has put himself in the frame for a good run in the side.

With the likes of Castleford, Salford and Wakefield surprisingly topping the table this season, plenty of people have turned a blind eye to Hull FC. But with the season now entering its final third, the Black and Whites could have a huge influence on the final standings come late September and are emerging as competition dark horses.

While they did lose to Castleford on Friday, their performance certainly turned some heads. They managed to fightback from a 22-4 deficit to lose by just two points, frightening the Tigers in the process. And you could well argue that against any other Super League team, Lee Radford’s men would have come out on top. They may not be the favourites, but I wouldn’t rule FC out of the title race.

Another week has gone by and has seen yet another Warrington defeat to add to their already abysmal season. Wakefield have been the surprise package of Super League this season and were far from their best on Saturday, but were still able to convincingly beat Tony Smith’s side.

Wolves fans would have hoped new signing Peta Hiku would inspire their team to a strong performance at least, but they looked lacklustre and uninterested. With the Qualifiers nearing ever-closer, a change in form and attitude is needed, as I don’t think relegation is even completely out of the Warrington picture. 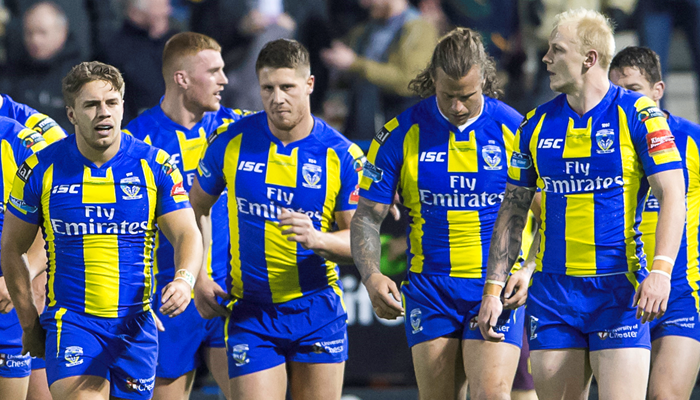 Race for the Qualifiers hotting up

Just a few weeks ago, the Championship top four seemed to be just about certain. Fast forward to this weekend, however, and we have a serious fight on our hands, with five teams now in contention for a shot at promotion.

Toulouse have seemingly capitulated as of late, losing their last three games, allowing Halifax to put on some serious pressure from fifth. Above them are promotion-favourites Hull KR, London Broncos, who have looked equally as impressive in patches and Featherstone, who have managed to stay pretty consistent all season. With just three games to go plenty could still change so I’d keep a weather eye on the Championship results in the coming weeks.

One of the players that caught my eye over the weekend was Leigh half Ben Reynolds, who was a standout performer despite his side’s last-gasp loss to Catalans.

Leigh have an embarrassment of riches in the pivots, even recently strengthening with the acquisitions of standoff or hooker Daniel Mortimer and utility Samisoni Langi. Perhaps this was the reason Reynolds was so impressive. It seems as if Mortimer has been recruited to partner Josh Drinkwater as the Centurions gear up for the Qualifiers, subsequently pushing Reynolds out of the squad. But such a confident and assured display on Saturday, in which he scored two tries, cannot be ignored. Neil Jukes will have to think long and hard about his halfback combination, but I’m backing Reynolds to hold down his spot.