It would be fair to say that Rugby League and glamour rarely go hand in hand, however, that will all change this weekend thanks to Roxanna Gallagher.

Presenter of Leeds Rhinos TV and a cheerleader for the Rugby League Rockettes, the Horsforth-born dance teacher will represent West Yorkshire in the 2018 Supermodel England finals.

Roxanna, who also works behind the scenes at Rugby AM, will be aiming to clinch the prestigious Miss England title on Saturday in Barnsley after claiming the West Yorkshire crown this summer.

“My mum entered me into Miss West Yorkshire behind my back,” said Roxy. “I couldn’t believe I actually got in the final, then when I went on to win I was over the moon!

“The Rugby League family really got behind me when I needed votes and I will be forever grateful for those who have stuck by me and helped me get to where I am now.” 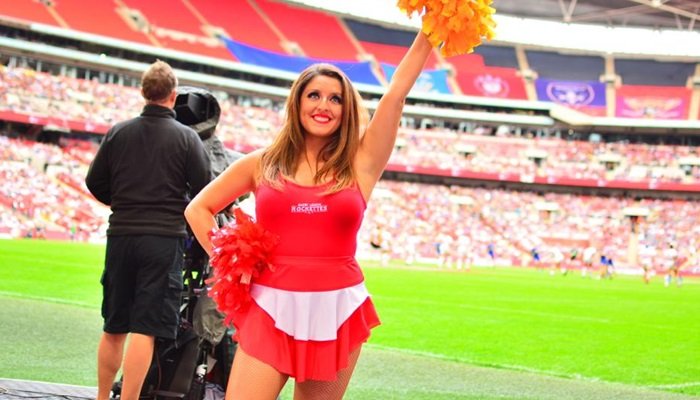 As mentioned, Roxy’s mum Louisa put her forward for Miss West Yorkshire and her victory was even more impressive given it was her first ever appearance in a pageant.

Having lived in Leeds all her life, not too far from Headingley Stadium, the 28-year-old grew up with dreams of becoming a Leeds Rhinos’ dancer and this became a reality in 2012.

Roxy has danced at nearly every Rhinos’ home game for the last seven years and has recently joined the Rugby League Rockettes – performing at both Wembley and Old Trafford this season.

In 2016 the Leeds Beckett graduate left her 9-5 job in retail to pursue a new career presenting Leeds Rhinos TV, while also working at Rugby League TV show Rugby AM as Head of Communications. 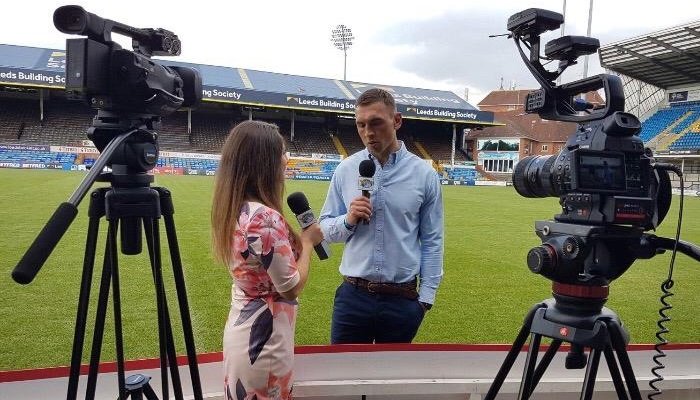 “I will never take the opportunities I’ve had for granted,” said Roxy. “I have met and interviewed some of the biggest names in the sport and being Miss West Yorkshire has allowed me to raise a lot of money for charity.

“The Rugby League family have been incredible and I would love if they could get behind me on becoming the new Miss Supermodel England so I can showcase the sport even more!”

You can help Roxanna win the national crown and represent England at Miss World next year by liking the Miss Supermodel England Facebook page HERE and liking Roxy’s photo in the public vote HERE.

You can also help towards Roxy’s charity donation to Zoe’s Place baby hospice by CLICKING HERE.