The rugby league field is a place where players leave everything – their emotion, energy and sometimes even parts of their hair as Leeds’ Richie Myler has found out.

Following the Rhinos’ slender 27-26 loss to Warrington last night, Myler took to Instagram to show the horrific cut he sustained during the game.

Luckily, the fullback saw the funny side, saying: “Not good for a receding hair line #rugbyleagueisthewinner”.

It was Leeds’ first defeat in three games as George Williams capped off a memorable debut for Warrington with a last-minute drop-goal. 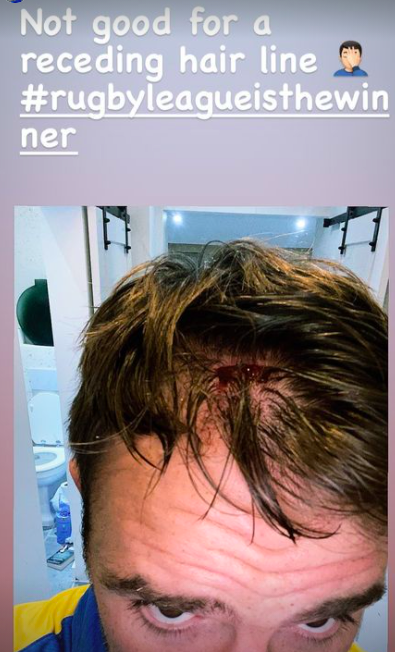