When it was announced last week that NRL badboy centre Joey Leilua was linked with a quite simply stunning move to Championship side Featherstone Rovers, most people couldn’t believe what they were reading.

The 29-year-old centre has been a key figure in the NRL for the past decade or so, but found himself edged out by the Wests Tigers as his contract ran down.

That led Leilua to launch a passionate rant at Wests boss Michael Maguire over the lack of communication in his final few weeks at the club.

But, the Samoan international – who has been capped 15 times by his country – has not had another offer from the prestigious Australian competition.

Instead, in recent months and weeks, Leilua has been linked with a move to the UK – to the Super League and the Championship.

However, it appears as though Featherstone are in the remarkable driving seat as the West Yorkshire club hands the former Canberra Raiders and Sydney Roosters outside back a lifeline for his career.

That is ongoing whilst Leilua gears up for his first fight in an attempt to draw attention to his name once more.

He will take to the boxing ring against former NRL star Chris Heighington on December 10 at the Newcastle Entertainment Centre. 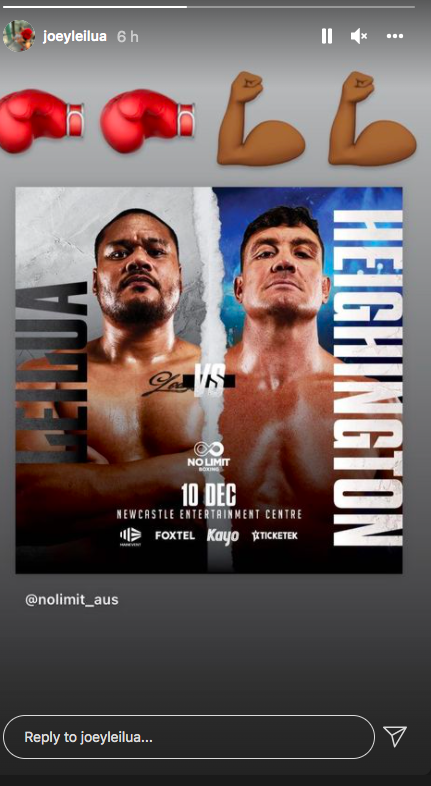