After speaking about the difference between going into 2022 compared with the challenges of going into 2021, Richard Agar voiced how pleased he was to virtually have his entire squad available going into Round One.

The only injury concerns going into the game against Warrington for Agar were Tom Holroyd and youngster Sam Walters whilst Harry Newman was seen as a doubt. However, just two weeks into the season, Leeds’ injury concerns are looking awfully familiar.

Going into 2021, Leeds had a huge amount of injuries and in the first two weeks of the season Leeds’ treatment room has only gotten fuller.

Harry Newman missed the start of the season with a hamstring strain which hasn’t yet subsided and David Fusitu’a has joined his centre partner on the sidelines due to a head injury. Now Cameron Smith and Ash Handley are injury concerns having picked up back and hip injuries last night.

Perhaps the most damning injury was the groin injury picked up by Richie Myler 15 minutes into the season opener against Warrington.

Myler had been outstanding in pre-season and looked set to top his efforts in 2020 and 2021 in which he was Leeds’ most important attacking player due to the creativity he offered the Rhinos out the back. In 2020, he picked up the Lance Todd Trophy as Leeds won at Wembley and last year he was directly involved in over 20 tries.

However, it could be a long time till we see the fullback play again with Myler himself taking to Instagram to confirm the extent of his injury.

Agar had confirmed he was scheduled to undergo surgery which has now been confirmed as taking place on Monday and after that there’s an expected three month recovery period as Myler stated on Instagram. But he didn’t seem downbeat about it stating “I always recover quicker.” 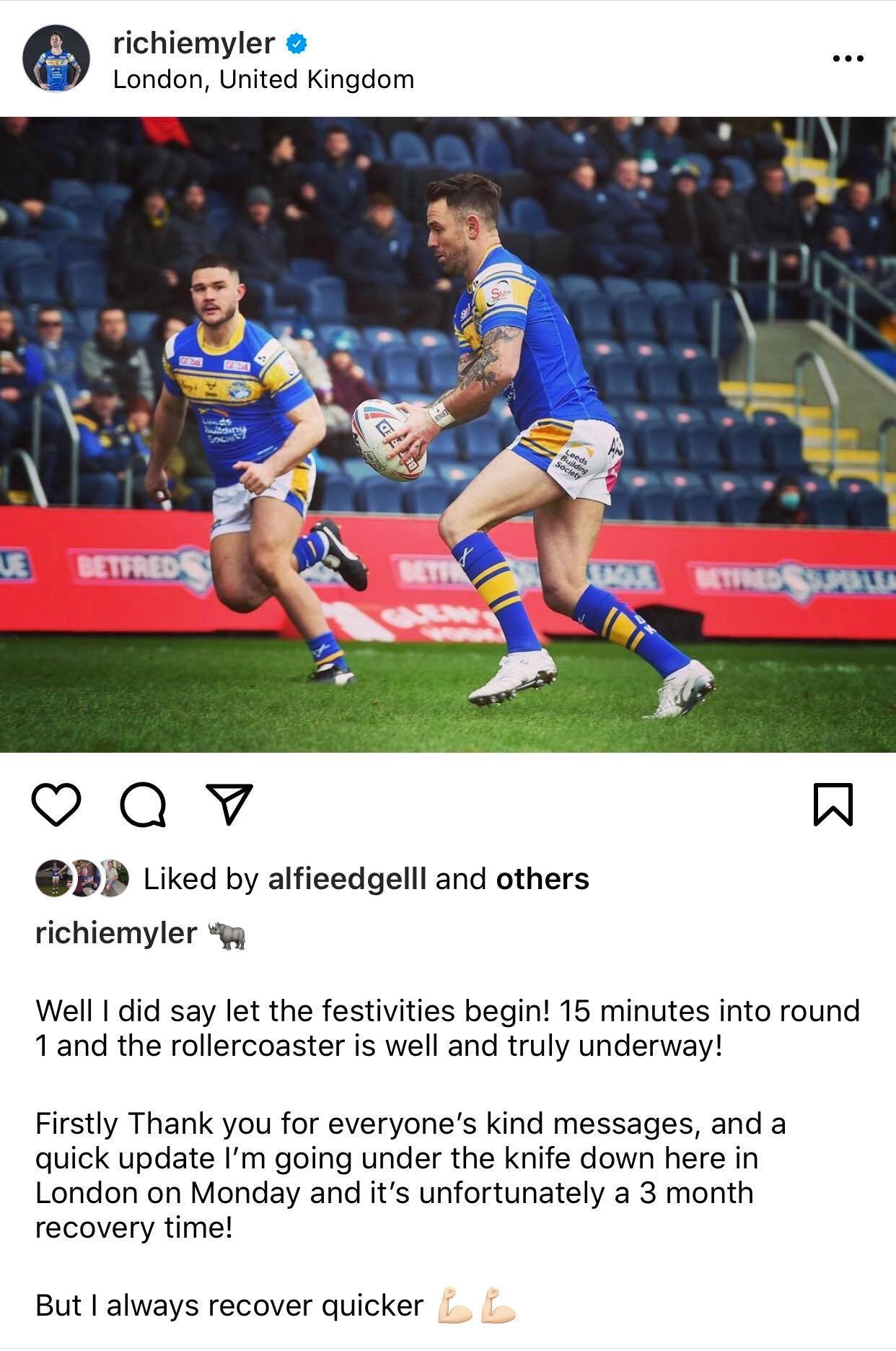 Fortunately for the Rhinos, they have Jack Walker back after he spent all of 2021 out injured. Agar and his coaching staff will be hoping the Leeds number one can begin to show the form he did at the start of 2020 or throughout 2017 when he was key to Leeds’ last Grand Final win.