With Super League underway and the World Club Challenge on the horizon it’s great that league is back in the papers for deeds done on the pitch because it has been on the front and back pages here in Australia for all the wrong reasons. It has been the offseason from Hell every week a new scandal with boss Todd Greenberg fronting the media and trying to explain away another shameful incident hoping sponsors won’t walk away and attempting to soothe vitriolic fans venting their frustrations on social media. It’s been an offseason that must make the NRL feel like banning the offseason, making the NRL a 52 week competition so players are kept busy too knackered to blacken the eye of the greatest game of them all, a game so great it seems to sustain all the self-afflicted wounds a minority of players deliver to it on what seems a weekly basis. Thankfully preseason kicks off this Friday with the Indigenous All-Stars versus the New Zealand Maori and we can all marvel at the brilliance of our weekend warriors.

A lot has happened in the rugby league universe which the NRL believes revolves around itself so let’s get up to speed on the main issues that hit the headlines over the summer here as we lead up to the Aussie champions the Sydney Roosters taking on the might of England, the cherry and white, the Wigan Warriors, in what should be a cracking match. The NRL Integrity Unit’s in-tray is overflowing top of the pile the ongoing investigation into the Big Papi tapes involving videos of former Rooster now Bulldog Dylan Napa being leaked with Big Dylan in various eyepopping career troubling situations/positions. The NRL is talking of suspending Napa which seems harsh on the Bulldogs considering it happened a few years ago when Napa was still a Chook. The NRL seem to be drawing a line in the sand but may be backing itself into a corner if more videos involving other players become public. I may be a different generation but why you’d want to film your bits or your mate going hell for leather is beyond me, I don’t want to watch myself let alone some big boofy bloke on the job. This is your careers at stakes fellas, pause – think – and don’t hit record!

The off-field drama began with Sweet Caroline and ended (hopefully) with the Man of Steel running into kryptonite. The Bulldogs Mad Monday nude shenanigans at a supposedly private function set the tone for an offseason of shame, to be honest while a poor look for the game trying to clean up its tarnished image, who hasn’t heard Neil Diamond blaring out of the speakers and thought “I reckon I might rip my gear off and fling my tackle round in front of my mates”… OK just me then. From there it was a weekly cavalcade of players filing in and out of court for multiple alleged offences. There are too many players to name them all, but the career of Jarryd Hayne looks in jeopardy while the daddy of them all was the fall of Ben Barba, last year’s Super League Man of Steel, who has had his North Queensland Cowboys contract torn up before he’d even played a match. The NRL has since confirmed Barba has been deregistered and the Super Rugby and RFL have followed suit. French rugby looks his last resort, merde!

The coaching carousel was just crazy and has only just settled down with the NRL kicking the Cronulla Sharks Shane Flanagan to the kerb after his continued involvement with the Sharks when stood down during the supplements scandal of a few years ago came to the NRL’s attention. There have been more coaching changes than Cher does costume changes in concert, hold your breath here we go: after much toing and froing, denial and stubbornness Anthony Seibold and Wayne Bennett swapped clubs, initially going to be 2020 but brought forward to 2019. So Seibold has taken the reins of the Brisbane Broncos while England coach Wayne Bennett unites with the Burgess boys at the Bunnies of South Sydney. The Cleary’s join forces as Ivan Cleary went all Keanu Reeves and threw himself off the bus Cleary was driving at the Wests Tigers, surprising no one that he disembarked at Penrith fulfilling a dream to return to the foot of the mountains to coach his gun Blues Origin halfback son Nathan. How he fares with the large shadow of Gus Gould will be fascinating remembering Gus has punted Ivan out of Penrith before. Former Wigan and Souths premiership winning coach Michael Maguire is back in the NRL coaching ranks taking over from Cleary at the Tigers. The Manly Sea Eagles ended their impasse with Trent Barrett by relieving him of his duties and installing former coach Des Hasler, the best bouffant in Brookvale returns while Manly have put Barrett on gardening detail, he’s still on the books unable to land any of the vacant gigs going. Paid to stay away and watch footy… yeah, I’d take that! The NRL coaching merry-go-round finally came to a halt when John Morris, former Sharks stalwart, was given the gaffer duties at the Sharks after Flanagan’s demise. 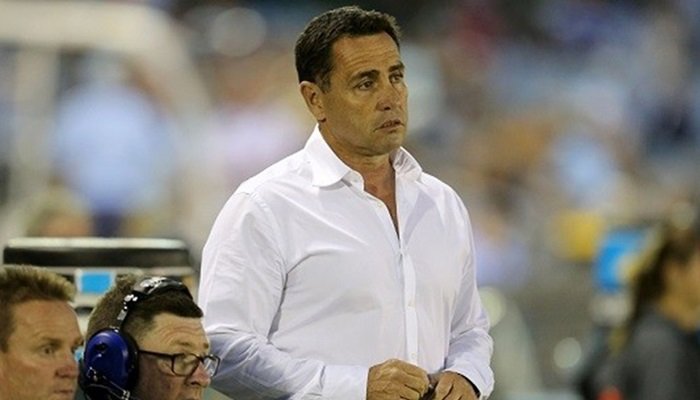 Got all that, still with me?

A quick look at major player movements and Englishmen continue to make the trip Down Under. The Raiders have snapped up two crackers with Wigan duo John Bateman and Ryan Sutton taking the Canberra English contingent to four joining Elliott Whitehead and Josh Hodgson who has been named co-captain of the Green Machine for 2019 with Jarrod Croker. While the premiers the Sydney Roosters have landed world class winger Ryan Hall returning from an ACL injury but selected in the squad to take on Wigan so obviously ready to rock. Gareth Widdop is returning to England and will link with the Warrington Wolves in 2020, a great coup, the Dragons will miss him greatly. Widdop will shift to fullback as the Red V landed the talented but temperamental Corey Norman reuniting the former Broncos halves combination of Norman and Ben Hunt. The Sharks and the NRL lost brilliant fullback Valentine Holmes to the NFL, whispers have him in the Cowboys crosshairs as a replacement for Ben Barba. Holmes departure opened an opportunity and salary cap space, Shaun Johnson pounced crossing the ditch leaving the New Zealand Warriors for the Sharks. The big spending Newcastle Knights have bolstered their pack adding the Kangaroo and former Bulldog David Klemmer to a squad overhauled and will be pushing for finals footy and possibly higher honours this season.

Despite all the shocking incidents rugby league has an incredible resilience to absorb public outcry. Once the players take to the field the flick passes, sidesteps, swerves, tries and big tackles will take over the headlines. Season 2019 here in Australia is about to hit your screens, strap yourself in it is gonna be quite a ride!